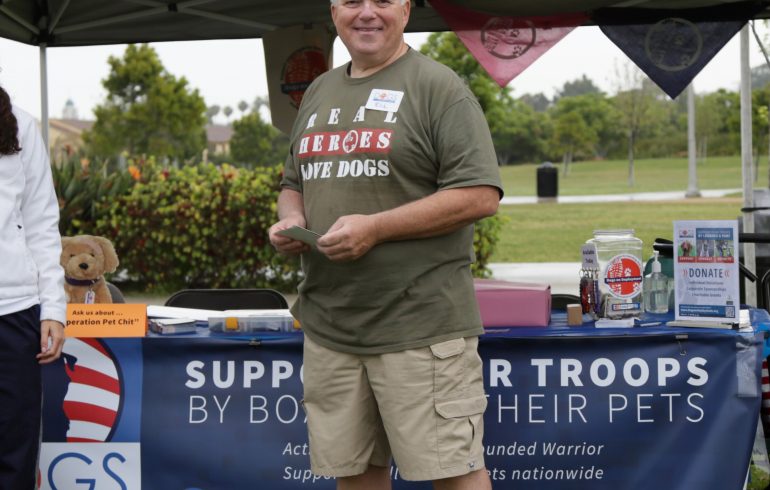 January 15, 2014, I received an email with the subject line, “Fundraising Offer :-)” and within it contained letter from a man who told me about his love for dogs, his 21 year Naval career, and his passion for volunteering and giving back.  He goes on to say, “My most rewarding new hobby is making things from parachute cord (AKA paracord or 550 cord). I started out simply making survival bracelets, but at the suggestion and request of others, have moved on to more complicated items, including dog collars and leashes. Maybe you can see where this headed. I would like to design a dog collar specifically for DoD which you could offer on your website.” I wrote back to him that I loved the idea, and since we both lived in Santee, Ca, we should meet. His name was Rich Setzer.

It wasn’t long after that first meeting that Rich joined the Dogs on Deployment team as the San Diego Coordinator. Rich’s kindness, selflessness, dedication, and volunteer ethic were attributes about him that I admired greatly. He was one of DoD’s “Volunteer of the Quarter.” Over the years, he became more than a “volunteer,” he became family. 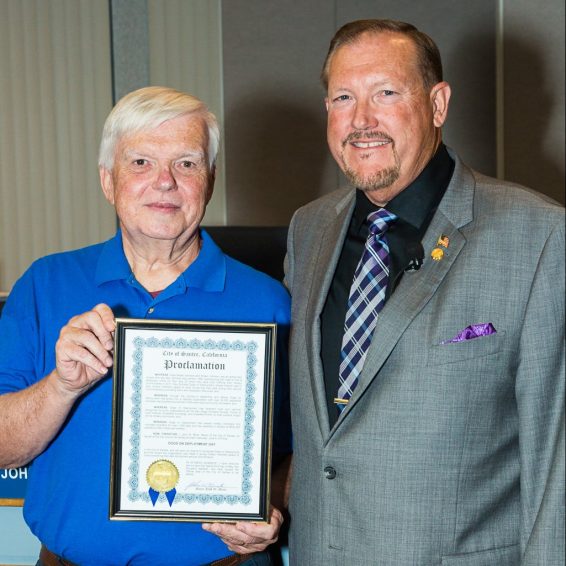 Rich receiving the proclamation from the City of Santee for “Dogs on Deployment Day.”

He was responsible for so many amazing accomplishments for Dogs on Deployment. He worked tirelessly to develop a partnership with San Diego Spay & Neuter Action Project to offer free spay and neuter surgeries to local military families for their pets. He built relationship the city, and led DoD’s presence at the Santee Fido Fest for two years, even having the Mayor declare June 11th “Dogs on Deployment Day.” He spearheaded multiple events and fundraisers with companies throughout the county. And he always came equipped with his paracord dog collars, leashes, key chains and bracelets. 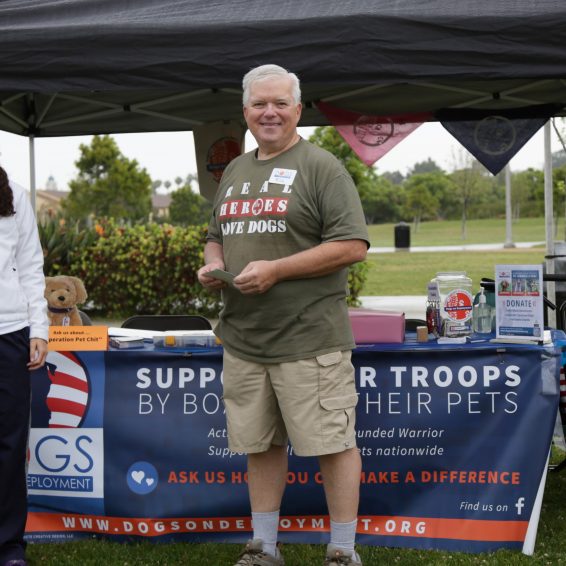 Rich’s generosity and dedication to causes he cared about was inspiring.

Beyond that, he was a mentor, and a sounding board for so many at Dogs on Deployment. He was always helpful and would go above and beyond to help tackle problems volunteers would have. He supported others, and never asked for anything in return. 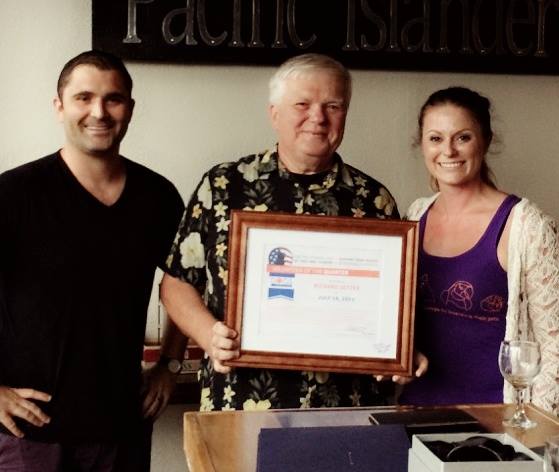 Rich, and DoD Founders, Alisa and Shawn, being awarded the Volunteer of the Quarter Award.

He did more good in the world, than just for Dogs on Deployment. He recently began volunteering his time to Tools4Troops, and volunteered as a “Blue Angel” at Grossmont Hospital. Rich’s love to the community and to others was truly inspirational and he was a constant reminder of the good that exists in the world.

His loss is felt by so many. His laughter, his jokes, his creative ideas, his collaborative style, his genuine care for others, will all be deeply missed.

To Rich – you were loved by many.

Rich’s wife, Jean, writes of him:

Throughout his life, family has always been an integral part of who he was. His family expanded beyond just those to whom he was related. His sense of humor was known to all.

Much of his childhood was spent at Girard College in Philadelphia after the death of his parents. He and his brother lived there from elementary school through high school.

Rich served in the Navy for 21 years. He began his career as a hospital corpsman and ended as a Lieutenant working as a computer specialist in the Medical Service Corps. Various jobs after that career focused on computers.

Service and volunteerism were always important to him. His passion for volunteering and the military merged with two organizations that he supported. Dogs on Deployment helps service members find foster homes for their family pets when they are deployed and do not have anyone else to watch their pets. Tools4Troops provides tools to veterans to improve their access to employment opportunities. He was also involved with the American Legion and the San Diego Veterans Coalition.

For over thirty years Rich’s home church was Carlton Hills Lutheran Church in Santee. He was currently on the church council.

Rich will be interred at Miramar National Cemetery in San Diego, CA.
For those who would like to support him, please consider volunteering in something that you are passionate about. If you would like to support the organizations that were most meaningful to him, contributions can be made to Carlton Hills Lutheran Church, Dogs on Deployment, or Tools4Troops.