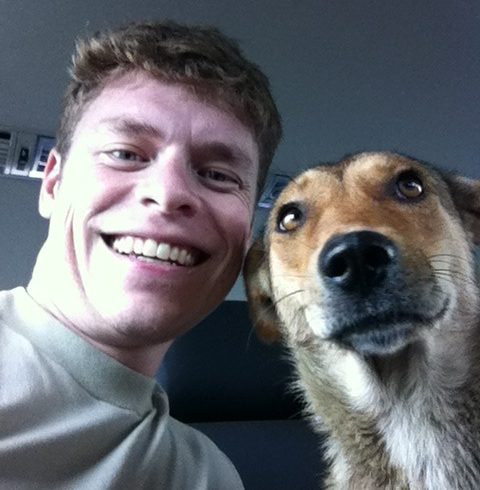 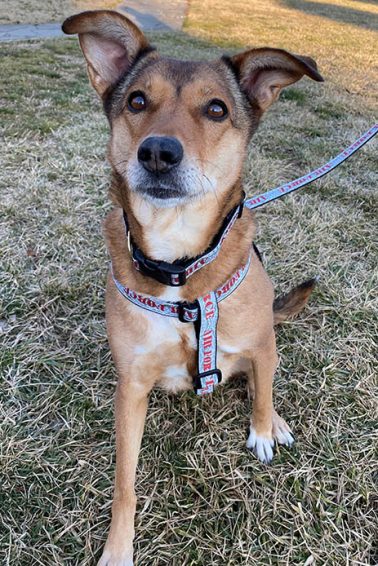 Linda, Dogs on Deployment’s 2021 Military Pet of the Year and DoD Mascot.

Each year Dogs on Deployment holds a contest in search of one very special dog to serve as our mascot and be the face of the organization. While undeniably every dog is special, some—along with their owners—find themselves especially suited to teach us important lessons, raise awareness of certain causes, and even bring attention to issues otherwise overlooked.

The latest pair to assume this distinctive role are Linda, an 8-year-old Jindo, and her owner, LtCol Phil Shapiro, US Air Force. This is their story.

IT WAS A DARK AND STORMY NIGHT

Linda and I first laid eyes on each other on a stormy July night in 2013.  I was an Air Force Captain, and my C-130 crew had just arrived at an airport near Plovdiv, Bulgaria, to take part in a three-week exercise with the Bulgarians. After exiting our crew van and grabbing my gear, I looked up and saw Linda first emerging from the darkness. As a dog lover I was immediately shaken by her heart-wrenching appearance. She was emaciated and soaking wet. Her left hind leg looked misshapen as she stood with it tucked up near her belly. She let me get close enough that I could see a bullet had shattered her leg leaving an infected wound. I later learned it is common practice to shoot strays in Bulgaria.

We were all rushed to our quarters due to the late arrival and I did not expect to see Linda again. However, the next day when I showed up to fly, she again hobbled up to greet our van. I was shocked she had survived the storm, but came to understand that Linda had survived many similar nights and worse during the harsh Bulgarian winter.

Her spirit through hardship spoke to me, as I was also going through a hard time myself. I had returned from Afghanistan six months earlier and endured the unexpected end of a long-term relationship. Additionally, I was preparing to deploy again in September. I felt sad, lonely and directionless. Helping Linda became a mission that gave me a sense of purpose and got me on track spiritually. 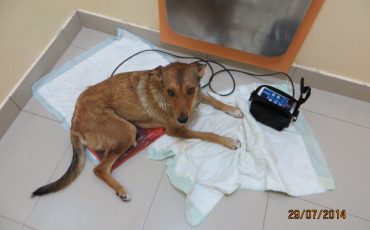 Linda receiving medical treatment in Bulgaria for her wounded leg.

I went to a Bulgarian pet store and was able to point to the items I needed to purchase. Over the next few weeks I fed Linda fresh food and water daily. She was always there when I arrived and quietly watched our crew van drive away at the end of each night.

Three days before departing for home, I realized that I could not leave her behind. After our final flight, I drove Linda to a vet. There were a lot of communication and logistical challenges to come, but I’ll just say that in thirty days Linda was picked up from the vet by a private car, cleared customs, and flew to meet me in Dallas.

Since arriving in America in August 2013, Linda and I have been through a lot of positive life changes. Her wounded leg was surgically repaired and she now has partial use of it. We’ve gone through two moves and five deployments. Personally, I met a wonderful woman who was also a military officer. She loves Linda as much as I do, and even took Linda to work at her squadron. We married in 2017 and always bring her along on our adventures.

Together my wife and I have discovered Linda’s affinity for the finer things in life. Her favorite place in the world is Napa, and she has a sophisticated palate. Her favorite thing in the world is butt scratches, during which she hops up and down on one foot and makes a noise like Chewbacca from Star Wars. It’s a crowd pleaser and captures the hearts of all who meet her. 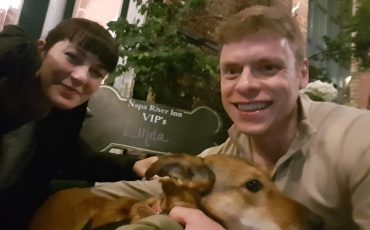 A very easygoing, calm dog, Linda does well in all situations. She has a happy outlook on life and meets strangers with ease, all the more amazing given everything she has been through.

Linda and I met under unlikely circumstances, but I truly believe we were always meant to find one another.

As Military Pet of the Year, Linda is committed to rescue advocacy. When I rescued her in Bulgaria, people told me she would never be able to adjust to being a family pet. A lot of people assume that that is hopeless for dogs that have persevered through horrible situations.

Our mission is to show that they can and that every life is worth trying to save. There is a major issue in the military community where dogs are left behind during overseas moves. As an international traveler, Linda will encourage education on the many resources available to help service members plan to keep their pets when moving internationally.

DoD can bolster this mission by allowing short-term housing and care for military pets while quarantine and other pet clearance issues (country dependent) are worked through. This will allow military members to PCS on timeline and know that they will be able to transport their pets as soon as they are settled and all requirements have been met.

For the time DoD will dedicate to promoting Linda’s cause, we envision that every couple of days during that month would be devoted to examining the pet entrance requirements and local laws for countries with major US force presences. For example, we would spend a couple of days on Germany, during which we would share pet entrance information and conduct an online interview with an on-base veterinarian discussing recommendations and pitfalls of bringing a pet to Germany. We would also focus on the fun part of having your pet with you internationally, e.g., dogs can eat in most restaurants in Germany! Other countries detailed would include Japan, Korea, Italy, and the UK. 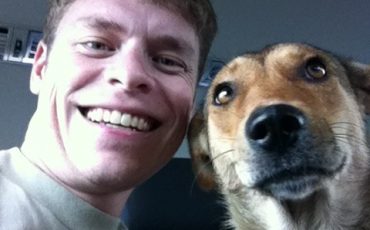 LtCol Shapiro and Linda will work together with Dogs on Deployment to improve the military and pet communities.

On behalf of the DoD community, heartfelt congratulations to Linda and Phil! We look forward to hearing more about their efforts in rescue advocacy and helping military owners keep their pets when faced with international deployment.