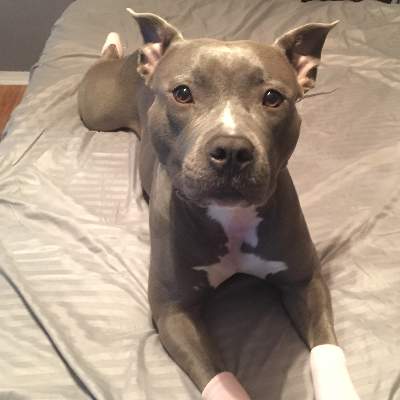 At the heart of our organization’s mission is Dogs on Deployment’s belief in providing vital assistance to military pet owners while they serve our country with honor, courage and commitment. To date, we have raised over $604,000 with your support.

Dogs on Deployment can’t be there to participate in every story, but after the fact, we enjoy sharing the stories of some of these military families — and their pets — with you through our “scrap book” pics.

This blog celebrates some of the many pet victories and reunions of 2018.

Matthew Uhl, service member of the United States Coast Guard, ES-6, Tarpon Springs, FL raised his two 6-year-old dogs since they were pups. He found himself in school in Missouri last year, without the necessary funds to transport the dogs to be with him. With the help of a $2250 pet chit grant from Dogs on Deployment, the dogs were soon reunited with Matthew.

“The dogs mean mean more to me than anything else and I greatly appreciate your assistance,” said Matthew. “Thank you sincerely!”

Henry leaves stateside to reunite with his family in Japan.

Joshua Martinelli, service member of the United States Army, E-2, was given PCS orders to Okinawa, Japan, along with his family.”Our dog is a very important part of our family!” said Josh, who needed help with the dog’s flight expenses. The Martinelli family received $1100 in pet chit grants for Henry’s flight assistance.

Joseph Reynolds, United States Navy Reservist, E-6 of Decatur, GA (serving in the Coast Guard) and his family received a $1200 pet chit to help with the cost of their dog Lola’s double ACL surgery

Said Joseph, “Lola has been a part of my family for seven years and I wanted desperately to get her back to a place where she’s not in constant pain and can walk. The extraordinary cost of surgery was limiting our ability to afford any treatment . Your pet chit helped us shoulder the burden of this $6,000 surgery. It meant the world to my family and me. Lola thanks you, too!

Since her surgery, Lola has enjoyed being a wonderful part of our family and travels all over with us. She and our daughter have become the best of friends!

Lola heads out with her folks.

One of Lola’s favorite things to do is go on runs with me. Thanks to Dogs on Deployment’s generous pet-chit donation, those runs are pain-free for Lola. We’re so grateful to you — and grateful that Lola will now be a happy, healthy member of our family for years to come.”

A pet chit ensured Kai Marrero would not be left behind.

Once back home in the U.S., Bo helped Mom keep a watchful eye on the kids.

Cameron Hayes, United States Marine Corps service member, E-5 of Claremont, NC received a pet chit for $1150 to help bring Bo & his other family pets back home to the states from Okinawa, Japan.

Rounding out our pack of furry loved ones is this cute kitty below!

Meet Bojangles-Bahama, relieved to be healthy again & back home with the Martins!