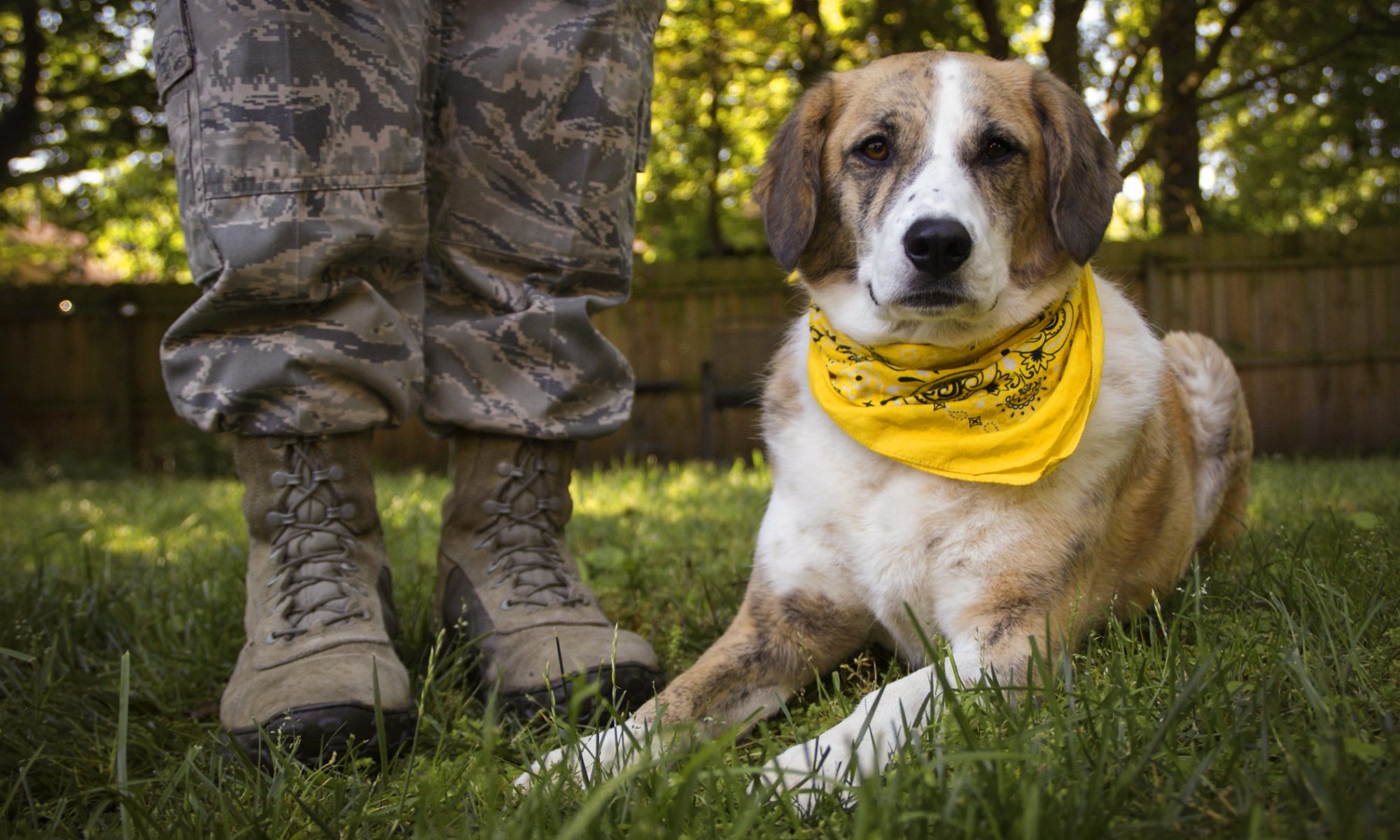 At Dogs on Deployment, we aim to promote responsible, lifelong pet ownership within the military-pet community. One way we spotlight this goal is by hosting our annual Military Pet of the Year competition where the selected winner becomes the Dogs on Deployment Mascot for one year, signifying their military owner’s commitment to a healthy, engaged lifestyle with their pet.

Happy Trails to 2017 Military Pet of the Year (MPOTY), Tanzie

Every dog has its day, and in the case of Dogs on Deployment, every MPOTY has its year! Dogs on Deployment bids a fond farewell to the 2017 Military Pet of the Year recipient, Tanzie and her proud owners, Katie Gar Ward, Technical Sergeant, United States Air Force, and husband, fellow service member, Walker Ward.

Tanzie will soon step aside from her top dog honors and pave the way for our 2018 Military Pet of the Year winner. (Check out Tanzie’s story on this DoD blog when the news broke of her MPOTY victory last year!)

Just like each of the past MPOTY winners, Tanzie stole the hearts of the contest judges and all involved in the Dogs in Deployment military family community.  Dogs on Deployment sat down with Tanzie and her owner/mother, Katie Ward in a recent interview, where they each shared their thoughts.

"Tanzie, please tell us in your own words what the past year has been like serving as the distinguished DoD mascot and 2017 Military Pet of the Year?”

“Paw my gosh, I had such a paw-sitively paw-fect experience representing Dogs on Deployment! I got to meet so many paw-esome people, got to march in a paw-rade, and got more belly rubs than I could ever ask for!

I feel so honored that my cuteness helped bridge a gap for any-pawdy who hadn’t been aware of what Dogs on Deployment does for other military humans like my Mom and Dad. Let’s give a big round of applause for the DoD team, their supporters, and their mission! It’s such a wonderful cause, and I hope my celebrity status brought much more awareness for them!

I’m also very grateful because now so many more people know my real ‘from street to chic’ story, the struggles of where I came from, and who now, fortunately, have seen how dire the need is for other Bosnian street dogs like me.

I can’t lie, while serving as the DoD mascot and 2017 MPOTY, the chance to see my adorable face on shirts, treat bags and the like was also pretty paw-tastic.  And I absolutely love my new BFF Cuddle Clone, ‘Tanzie Too!’  Oh!! I’m also very much looking paw-ward to learning the next 2018 mascot’s story.

Thanks to Dogs on Deployment for the oppaw-tunity, it’s been PAW-SOME! Going forward, I hope that all that all the new fur-friends I gained during my reign will continue to spread the word and help me to #savebosnianstrays …

“Clearly, Tanzie put a lot of thought into her story, but we’d like to hear from you too, Katie. As her owner, what can you add about Tanzie and the last year’s activities that she hasn’t shared?”

"Tanzie sure had a blast during her reign as DoD’s mascot and 2017 MPOTY. I think her favorite part was all the photo shoots. She absolutely loves attention and I don’t think she can go back to her normal life. Tanzie’s quite full of herself now!

I think Dogs on Deployment’s mascot competition is such a wonderful and fun way to further their important mission. Sharing the unique stories of other dogs and their owners helps connect people on such an emotional level.

Dogs are such an integral part of our existence, and their love is what not only drives DoD’s mission, but Tanzie’s as well.

That really speaks to how important dogs, and pets in general, are culturally, and especially for service members who consider them wingmen or battle buddies.

Whether on temporary duty or deployment, being away from family is hard enough, but when a member of that family has four legs, there’s a whole other aspect to consider. Although I’ve been lucky in that my pups have been cared for by either my husband or me when one of us was away for service, not all military members have that immediate support system, whether due to their location or other circumstances.

I’m proud that Tanzie could help spread awareness for DoD and further their efforts to ensure military families can take care of their furry loved ones when they get orders — there’s a lot that already goes along with that process. Just knowing there is a network of good people who want to help and care for your pet could make the world of difference for someone.

Thanks again so much for covering Tanzie and sharing her special story!"

"It was our paw-leasure!! DoD will miss you all, and we wish you luck."