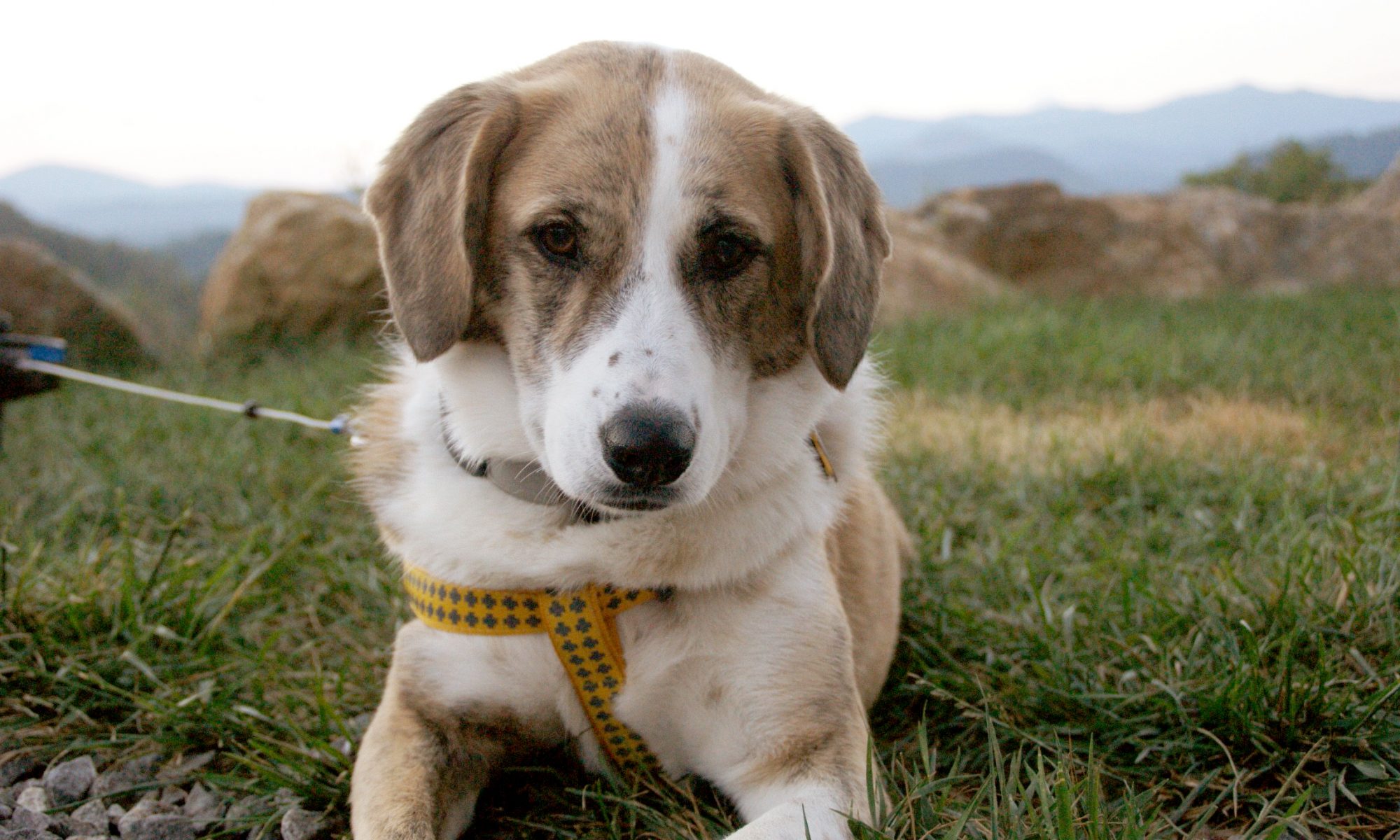 Dogs on Deployment is excited and proud to announce that our 2017 Military Pet of the Year and Mascot is Tanzie!

Tanzie will represent Dogs on Deployment as our Mascot, and 2017 Military Pet of the Year Contest Winner!

Dogs on Deployment Makes it Official:  2017 MPOTY Winner is Tanzie!

Each year Dogs on Deployment holds a contest in search of one very special dog to serve as our mascot and be the face of the organization. We agree that every dog is special. But some dogs, like Tanzie, uniquely embody all the characteristics we hold dear in a pet, and through their circumstances, teach us important, compelling lessons. In this case, Tanzie and her owners share the dog’s incredible journey, and now help raise awareness as together they advocate for animal rescue.

Tanzie began her life as a stray, known only as “Tag 384,” on the war-torn streets of Sarajevo, the capital of what is now referred to as the Federation of Bosnia and Herzegovina. It was there in Sarajevo, where Katie Gar Ward, Technical Sergeant, United States Air Force, first saw the dog outside the installation where she was working.

Katie was able identify to this dog as one of many local strays because of the tag marking on its ear. Animals were periodically brought in by the Bosnian authorities to be given a rabies vaccine, spayed/neutered, tagged, documented, and returned to the streets. It was the best outcome many of them could hope for. Most of the stray animal population fared worse, roaming hungry, ignored, and often abused.

Whenever she could, Katie soon began to look for “puppy girl,” as she affectionately nicknamed her, and when the dog surfaced, would reward her little furry friend with belly rubs, playtime, food, treats, and attention that the homeless dog so desired. Katie, who already had two dogs back in the States with husband Walker, admitted to falling in love with this blond, brindle, beautiful mixed-breed puppy, and knew she had to do more.

Tanzie herself said, “Little did I know, I would eventually have a home with her, my daddy, and my furry brother and sister in the USA!”

After careful consideration and deliberation, the Wards decided originally to bring “Tanzie” to the United States to find a home for her. But Katie and husband, Walker Ward have admitted, “deep down, we knew it was going to be with us.” Katie had to track down which veterinarian had tagged the dog and then obtain her vital paperwork. The vets in Bosnia removed the tag on Tanzie’s ear a few days before she flew home to begin her new life in America, back on January 12, 2015. While neither Katie nor the original vet could be sure, it’s believed that Tanzie was born early, 2014; they estimate her age as of early 2017 to be about three years old.

Little did Tanzie know what awaited her, and little did she know what influence she and her adoptive pet parents, the Wards would soon yield. Once she arrived in the United States, Tanzie was warmly welcomed into her new household by her new pack mates and “siblings,” brother Benji, now 13 years old, and sister, Bella, six.

Tanzie had to adjust to being in a household with her siblings all day while her parents were at work. Katie, in fact, remained in Sarajevo for weeks finishing an assignment. Despite some destructive episodes – which included digging endless holes in the yard and all around the property – Tanzie soon settled in and relished her new forever home, which had to be a welcome relief. Katie thinks that Tanzie fell into domestic bliss and began to recognize her place in the family, in part from watching Benji and Bella.

It was quite easy for Benji and Bella to fall in love with Tanzie.

The Quest to Help Others: The Tanzie Project is Born

While she was still in Sarajevo, getting the wheels in motion to somehow bring Tanzie to the U.S., Katie said, “I reached out to many, many organizations to see if they would help me find the means to bring even more dogs back from Bosnia and Herzegovina."

One such organization was The Puppy Rescue Mission, (http://www.puppyrescuemission.com/) a U.S-based animal welfare group, whom Katie described as her “shot-in-the-dark.” Working together, they successfully rescued and sent nine Bosnian street dogs to the States, where all were eventually adopted in their forever homes.

Building upon their successful efforts for Tanzie and a few of the other dogs, the Wards were determined to help more dogs, and did just that. Initially, they began a Facebook page to raise funds to help buy food for Bosnia’s strays. Soon, with some encouragement from their new friends at The Puppy Rescue Mission, the Wards said, they “took a leap of faith and decided to make their efforts official,” thereby turning their passion into purpose and establishing a 501c3 non-profit organization. The Tanzie Project was born, with the goal of finding homes for as many forgotten, mistreated street dogs as possible.

We caught up with the beautiful Tanzie herself, who will have a busy year ahead of her as the ambassador for Dogs on Deployment!

Tanzie told us, “I really appreciate getting to share how “pawsitively” happy I am to be American!”

Tanzie also said, “in my first year in the USA, I swam in the ocean, climbed a mountain, rode in an elevator (wow, THAT was weird!!), went on a camping trip, rode on a boat (that was my favorite), and went wine tasting, to mention a few of my most favorite "firsts!

Thank you Dogs on Deployment, for the opportunity to be your 2017 Military Pet of the Year!!! And thanks to all the ‘pawesome’ people who voted for me and believed in my cause…I ‘pawmise’ I won't let you down!!

Dogs on Deployment gives Tanzie “four-paws-up!” We know she will spread cheer and good will wherever she represents us this year. Our gratitude and congratulations to Katie and Walker Ward, Benji, Bella, and most of all, Tanzie.

For details on The Tanzie Project, Tanzie’s American Journey “from street, to chic,” and more information on the efforts of the Ward family to aid dogs known as Bosnia’s strays, please visit http://www.thetanzieproject.org/.