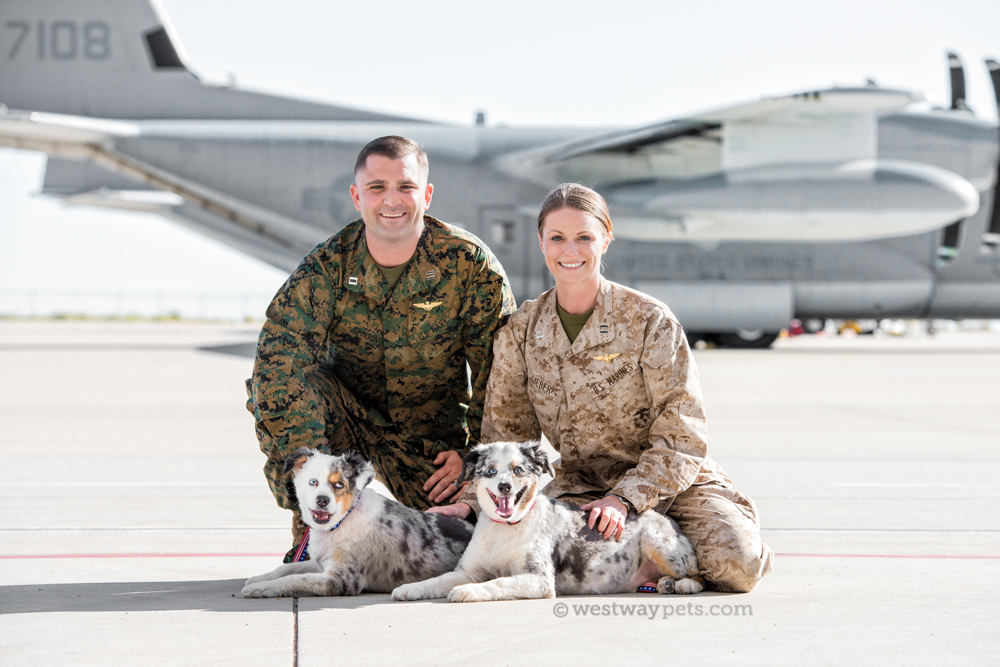 The initial idea to help military service members by offering to board their pets for them started out as a tiny seed and has grown into a mighty tree, with branches all across the United States.

The Johnsons at work, along with their faithful companions.

We chatted recently with Alisa Johnson about the growth and success of Dogs on Deployment these last five years, and where Team DoD plans to go from here.

Tell us how it feels to see how DoD has grown five years later. Did you realize in its humble beginning how the organization would flourish and eventually help thousands of military members and their beloved pets?

DoD has grown from a team of two – Shawn and I – to a fantastic Board of Trustees of 10 members, including Mrs. D’Arcy Neller, wife to the US Marine Commandant, and many other fantastic military, veteran and military spouses that have been with our organization now for several years. The fact that these individuals, along with nearly 50 Local Coordinators running Chapters across the nation and over 30,000 registered DoD Boarders, have opened up their hearts to the mission of Dogs on Deployment leaves me absolutely honored, and humbled.

I never thought that my idea to try to make a difference would result in such an impact, not only on those we help (the military pet owners) but on those that sacrifice their time and service to help us. We are told repeatedly that volunteering for DoD in any capacity is its own reward!

JD is part of the Johnson Family. He also serves as Chief Canine Officer, (CCO) Dogs on Deployment.

How do things look now for Dogs on Deployment? What’s the growth strategy for DoD over the next five or so years? What do you envision for DoD down the road?

Dogs on Deployment is an online-based platform. Our most important function is our boarding network, which uses a custom web application that connects service members to the volunteers willing to foster their pets.

Like many not-for-profit organizations, our biggest challenge is keeping up with technology. We are currently working to make our website better, easy to use, more mobile friendly and even develop a mobile application for iOS.

Team DoD continues to build on the foundation we’ve created over the last five years. We also continue to work to foster beneficial relationships with communities and businesses in order to create and enable resource sharing to benefit military pet owners.

In the long term, I’d like to see us go international. We have thousands of service members and their families stationed overseas all over the world. Someday in the next 10 years, I envision DoD being the only international foster network benefiting US military members!

Neller Family dogs Bailey and Maddy. They serve as honorary Board Members along with their Mom, Mrs. D’Arcy Neller. We are proud to have them all involved!

You and the Board of Trustees have succeeded in developing an organization that is well structured and going strong, despite any obstacles you have encountered along the way. To what do you attribute DoD’s success?

I attribute DoD’s success to our mission: give military members peace of mind concerning their pets during their service commitments by providing them with the ability to find people and resources able to help them.

The fact is, in creating a 100% all-volunteer organization you recognize that every person’s time is limited. At the end, that limitation can affect those we aim to help – the military member. However, given the fact that so many of our volunteers are active duty, veterans or military spouses themselves, we understand the importance of our volunteer jobs and keeping the organization running smoothly.

Everything from our marketing plan, to our fundraising efforts, to our local events, to our customer service affects the military member we’re trying to help.  Every aspect and function is backed by someone who truly believes at their core in our mission.

Editor:
How can everyone already involved in Dogs on Deployment improve upon our success and make it even better?

Understanding and respect for one another’s time is key. In this business model, it’s too often that volunteers can fill burnt out and under-appreciated. My personal goal is to not allow this to happen in Dogs on Deployment.

Being able to work together as a team, appreciate each others efforts and truly believe and support one another makes our volunteer network a FAMILY. I can say beyond a doubt that my heart is full of love for every person in the organization that I have worked with, some for up to five years now.

The generosity and support our family gives to one another, despite many of us never having met in person, is overwhelming. We all have one thing in common, and that’s the common love for dog and country. It’s that love that brings us together in a strong, familial network which aims to promote and supporting Dogs on Deployment.

Want to know more? Captain Alisa Johnson, President, CEO and Co-Founder of Dogs on Deployment spoke about her efforts and dedication to Dogs on Deployment earlier this year at “Clever Talks.”  The video is available through YouTube — just clink on the link here to see it:

Keep track of the Dogs on Deployment blog, Facebook Page and Twitter feed! Want to volunteer? Just sign in at our website www.dogsondeployment.org – have your dog fetch the ball  —  and get the ball rolling!