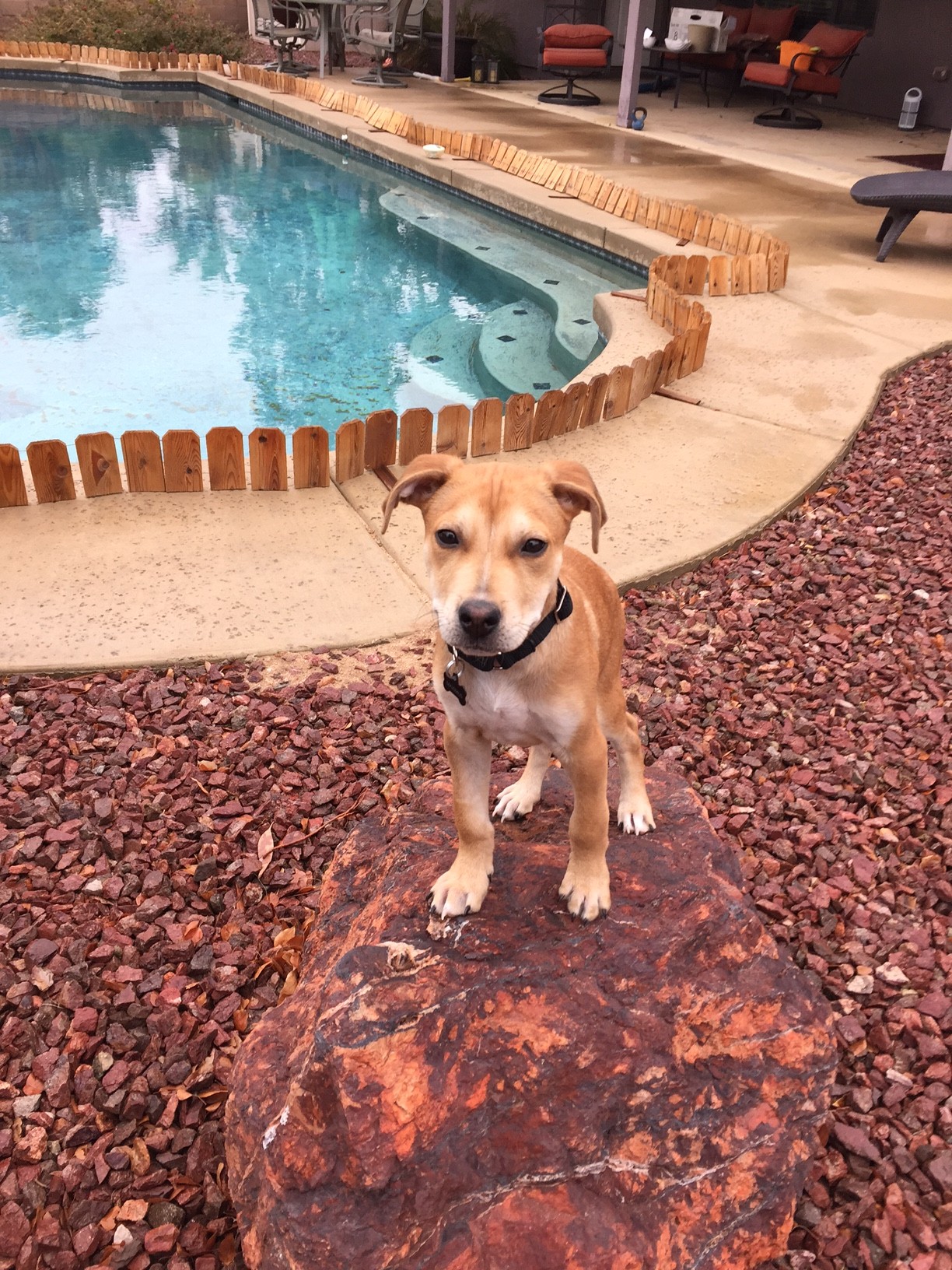 Understanding Canine Parvovirus, Its Symptoms, and Preventing This Illness

Maximus, cured from canine parvovirus in January, 2016 thanks to the DoD Pet Chit Financial Assistance Program.

Canine parvovirus type 2, referred to commonly as Parvo, is a contagious virus that can be life threatening in dogs. Parvo affects their intestinal tract and white blood cells. When puppies in particular are diagnosed with Parvo, the virus damages the heart muscle and can cause a debilitating cardiac problem. Parvo can be spread by any person, animal or object that has had either direct or indirect contact with an infected dog’s feces.

What Are the Symptoms of Parvo and Who Gets It?

Symptoms of Canine parvovirus include:

Any or all of these factors together can possibly lead to shock, or death. Puppies younger than four months old are usually more susceptible to Parvo but dogs young and old alike who are not vaccinated against this illness are at risk. Parvo may infect other animals but people won’t get sick from it.

Maximus’ new owners, the Morris family, recognized within just days of adopting their puppy from the local humane society that something was very wrong. Maximus was lethargic, suffering from both diarrhea and vomiting and clearly not well.  Fearing that these symptoms might in fact be signs of Parvo, and knowing that Joshua Morris was committed to a PCS soon, the family immediately took their puppy to a veterinary clinic, where their suspicions over Parvo were sadly confirmed.

Treatment for Parvo is not 100% successful and is very costly. Affected dogs, like Maximus, typically are hospitalized for several days. There is no cure-all drug treatment therapy for Parvo; instead, dogs receive intensive care consisting of antibiotics, anti-vomiting medications and extensive intravenous fluids to bolster their immune system and regain strength.

Given the nearly prohibitive cost of treating Maximus’ illness, the Morris family called the humane society where they originally adopted the dog and discussed the problem. Fortunately, Brianne Youngberg of the Yuma Humane Society, a longtime supporter of Dogs on Deployment, and luckily, the representative who spoke with them over the phone, notified the Morris family about Dogs on Deployment and the organization’s ability to help active duty military members with their pets in the form of “pet chits” ” through our Pet Chit Financial Assistance Program. More on that later!

Preventing Parvo in the First Place

Simple vaccinations prevent Parvo from ever being a problem. Make sure your dog is up to date on vaccinations since they will protect her or him from a great number of illnesses and potentially make the difference between life and death. Discuss a proper vaccination schedule for your dog with a licensed veterinarian.

Remember earlier in Max’s story, we noted that even objects that come into contact with an infected dog’s feces can spread the Parvo virus. This potentially could mean:

Consider everything that your dog can get into in and around the home and yard. If you don’t properly clean and disinfect these things, Parvo could potentially remain present on surfaces and in the environment for months. In some cases, you may want to consider throwing away disposable items altogether and starting fresh.

After your dog is free of infection, sanitize and clean your home and surroundings as best as possible. No sanitation method is fool proof against Parvo but some solution of bleach and water should help. Consult with your veterinary provider for recommendations. Remember too, that prompt and proper disposal of feces is critical to limit the spread of Parvo. When outdoors with an untrained or rambunctious puppy, be certain when he or she tries to greet another dog that you avoid any contact with that dog’s feces.

In some cases, Parvo is deadly. This was the unfortunate truth for a seven-week old pup named Mahina, adopted by Ben and Stephani Baclig. Benedict Baclig is a member of the United States Marine Corps. After excessive vomiting and displaying other worrisome symptoms, little Mahina was brought to the vet for emergency care where they confirmed that she had the Parvo virus. The Baclig family reached out to Dogs on Defense for a Pet Chit.

Despite intensive treatments and everyone’s best efforts, the dog passed away after three days. There is no question that Parvo is a serious disease worthy of attention. Our thoughts and prayers remain with the Baclig family.

Dogs on Deployment granted an award to help pay for Max’s treatment; we are happy to now report that Maximus is better and doing very well!

Maximus, cured from Parvo, and acting like himself again!

We talked with the Morris family about their difficult ordeal.

How is Maximus feeling these days?

Maximus is doing amazing! He’s been Parvo free for four months now and has just been the happiest and most energetic puppy. To our knowledge, there are no long term effects from the Parvo virus.

Was there anything that could have done been done differently to avoid Maximus getting Parvo in the first place?

No, not to our knowledge. Just as with any puppy, we were informed of his risk when we adopted him although Maximus had yet to show any signs of the disease. Unfortunately, Parvo can take a few weeks to kick in during which time dogs are asymptomatic.

Our advice is that owners should be health conscious and careful with their puppies when taking them to dog parks at such a young age. Without all necessary preventive shots pups are at risk of becoming infected with a number of diseases. Familiarize yourself with Parvo and be aware of what to look for. We got lucky and were able to catch it early enough so that we could help prevent Maximus’ dehydration and demise.

What lessons did you both learn from this experience?

The biggest lesson we learned was the importance of taking action quickly once Maximus started acting abnormally. We recognized that vomiting and diarrhea together with refusal to eat or drink any liquid was disastrous. At first we went and bought clear Pedialyte and started using a syringe to force it down his throat. Desperate to help, we then mashed up wet dog food with some water and tried to syringe-feed him that combination. Our next decision was to get Maximus to the vet ASAP.

Another very important lesson is that when you live in a warm weather climate year round the Parvo virus doesn’t have time to die off.  We would just tell people to be aware of this risk when adopting puppies from a shelter or pound in a warm weather climate. But this experience certainly has not deterred us from adopting again. We couldn’t imagine a world without the Yuma Humane Society!

Anything else to add?

Thank y’all so much! This was a great help. My wife Chelsea and I want to express our appreciation for the help that was provided. This has truly been a blessing, and we remain grateful for the efforts of Dogs on Deployment and its Pet Chit Financial Assistance Program.

Thanks to voluntary donations, the Dogs on Defense Pet Chit Financial Assistance Program has provided over $200K since 2011. The DoD funds its’ Pet Chit Program by using a portion of donations for qualifying military members for help with pet care during times of need.