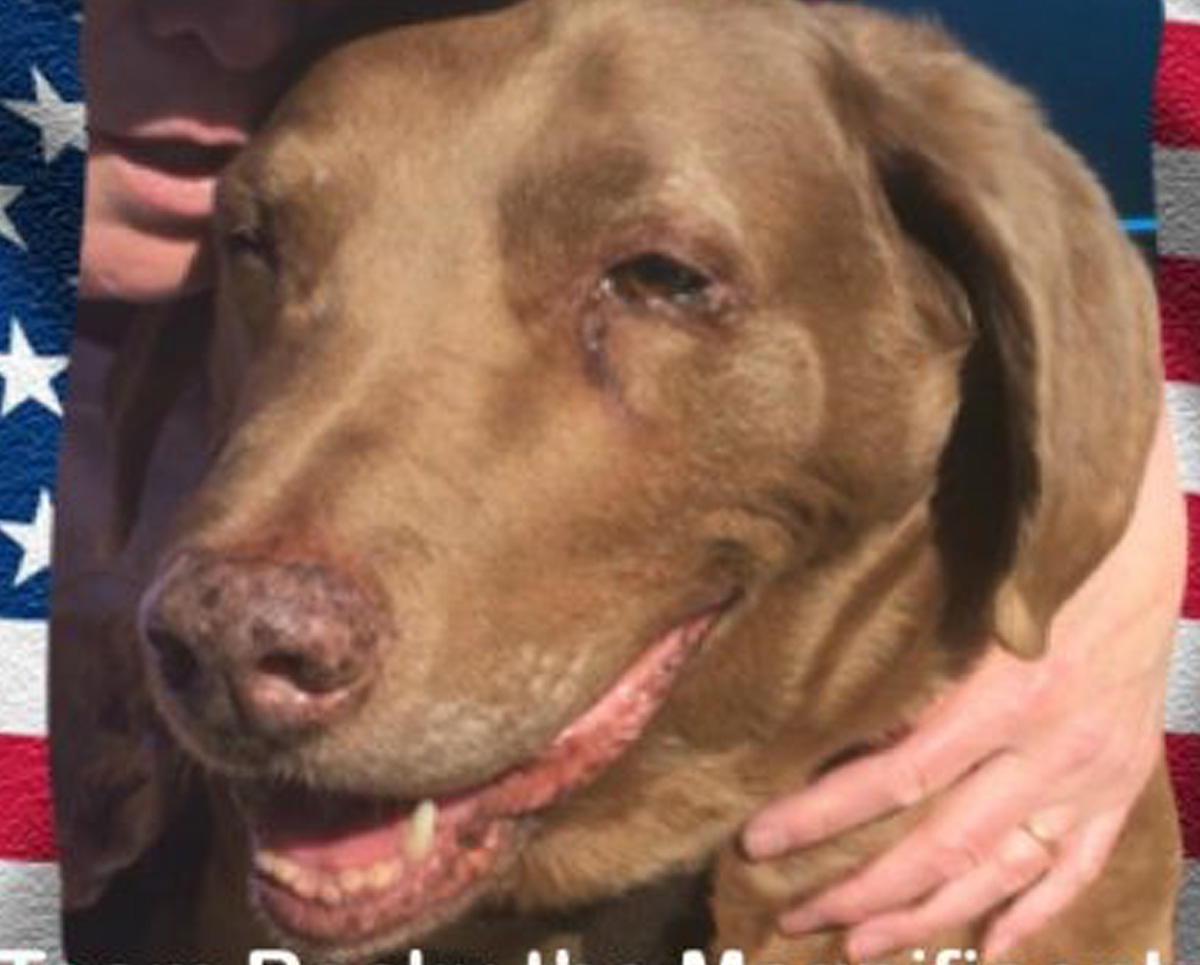 We’re reaching out with an urgent appeal to help us save the life of Rocky, a dog adopted to a veteran in 2013 through Pets for Patriots, our partner in saving at-risk shelter pets by adopting them to military families. 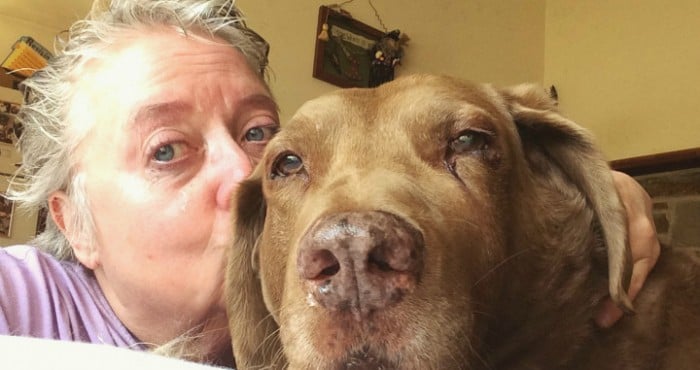 Rocky has been diagnosed with a stage three fibrous tissue sarcoma, deeply embedded under his left eye and extending forward to the left jaw. His adopted mom, Mary, is an Army veteran who sought multiple consults with leading veterinary oncologists to determine the best course of action for her beloved dog.

“Since August 9, 2013 I have not felt alone, been lonely or clinically depressed. Rocky is the best antidepressant ever! If I could have even two more years of his unconditional love, it would be well worth ten times the money.”

All of the options presented to Mary were bad to worse; each involved expensive and invasive surgery to remove significant portions of his jaw and possibly his left eye as well, in addition to aggressive radiation which would cause his skin to degenerate.

But there is hope!

Mary took Rocky to an oncologist specializing in radiosurgery, a non-invasive way to deliver targeted radiation with precision similar to a surgical procedure, minimizing negative impacts to surrounding healthy tissue. The oncologist estimates up to a two-year survival time, but Rocky the Magnificent needs surgery right away. He is scheduled for a CAT scan on April 16 and his first radiosurgery session the following week.

This surgery will change Rocky’s prognosis from mere months to as much as two years.

The estimated cost of the procedure, and related tests, medication and follow up visits is $8,700, which includes a generous discount in recognition of Mary’s service. Mary herself has already spent thousands for various consultations and this would leave her financially – and emotionally – bereft.

That's where Dogs on Deployment and Pets for Patriots are teaming up. Together, we're fundraising to cover the costs of Rocky's treatment, giving his quality time with his veteran, he otherwise wouldn't have.

Your donations to our Pet Chit Program, which has granted over $202,000 in financial grants to military families, matter for pets like Rocky and veterans like Mary. Please give to help provide life saving treatment to Rocky.