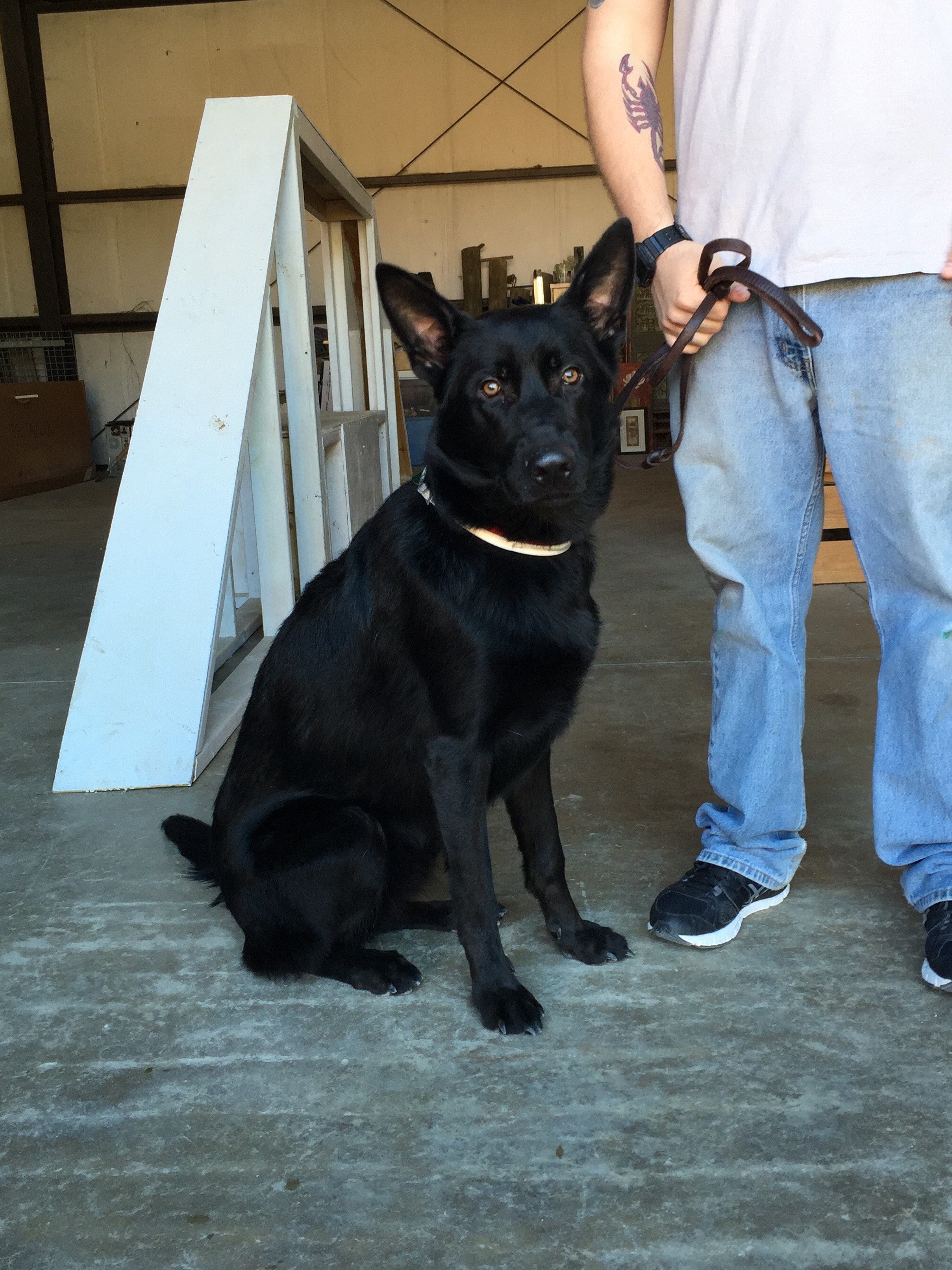 Military members across this nation confront a multitude of problems during their careers; the last thing they need to worry about is their pet’s care during their service commitments. Dogs On Deployment promotes responsible, life-long pet ownership by military pet owners by advocating for military pet owner rights, providing educational resources and granting financial assistance (in the form of “Pet Chits” through our Pet Chit Financial Assistance Program) for military pet owners, whenever possible. One of the ways these pet chits help our military members and their pets is by allowing them to reunite when PCS costs would have prohibited them from staying together.

Happy Spring Time and Thanks from the Grateful Eight

As of press time, we were unable to complete all playoff brackets for the beloved pets of our military families. Rather than the “Sweet Sixteen,” we offer these “Grateful Eight” recent pet chit success stories, in no particular order.

“Rogue is like another child to us,” say the Akins.

The Akins have three children, ages 13, 9 and 1, who are deeply bonded with Rogue and couldn’t bear to be separated from her. “We agreed to do whatever it takes to get our dog over there with us, but would love the assistance. We only have one income at this time to support us due to the military relocation and would appreciate any help possible to cover Rogue’s travel expenses to Japan.” The Akins appreciated the pet chit of $1170 granted to their family.

Rogue is a German Shepard with long ears that require the biggest travel kennel available. The Easter Bunny’s ears had nothing on her!

Meet Sadie, a Special Little Lady, and Big Part of Her Family

Patrick Herglotz, United States Marine Corps, tried to get his dogs back with him and the family upon return to the United States. “Bo,” one of the Herglotz family dogs, was taken in at just 13 weeks old. They later adopted Sadie from a family that no longer wanted her. The family insists, “we have been Sadie’s fourth owners and we will be her last!”

“Sadie has been a wonderful dog – leaving her and Bo behind was not an option for us,” says the Herglotz Family.

They add that “PCSing can be very stressful and expensive. More than you can imagine, we would appreciate any help that is given to us during our move back to the states. We love the dogs very much and thank you for your consideration!” Fortunately, DoD was able to produce a pet chit for $2600 to help keep the entire Herglotz family together.

Dogs on Deployment recognizes that cats are also special members of our military families! Upon receiving orders, Nathan Harrison, United States Air Force, and his wife Amber recently reported to Japan, but were unable to get a spot for their beloved cat, Mona.

Mona’s beautiful coat could be considered a style of camouflage – how appropriate!

Anyone with a kitty could tell you that it’s just not the same when you can’t enjoy their purring and playing when you are together. And so we give equal props to Mona, the cat. The Harrisons gratefully accepted a pet chit for $1050 which they used for Mona’s transport.

Mona makes a purr-fect addition to the Harrison family.

Jeffrey Finnesgard, United States Marine Corps, and wife Bernice were in need of a pet chit to help pay for flying their two dogs back to Rochester, Minnesota before the heat embargo started.

This canine dynamic duo are partners ‘til the end.

Dogs on Deployment provided a pet chit for $2000 to make the trip back home possible.

The Finnesgard Family told us, “this is fantastic — we are so grateful for the help!”

Mac: Man’s Best Friend, for Sure

Mac, the mostly-Husky, is best friend to Ronald Munsterman, United States Marine Corps, and an integral part of his family.

Mac is the Munsterman fur baby, who helps make their world a happier place.

They requested a pet chit to help pay for transport, medical testing and quarantining that would enable Mac to come to Hawaii to join the Munsterman family. They always knew Mac was the dog for them, even after Mac’s initial rescue group suggested that perhaps the family wound want a pure bred husky instead of him. Based on Mac’s description over the phone alone, Ronald Munsterman replied, “that’s my dog. I’m coming to get him.”

Mac is speechless about the DoD assistance.

The family was grateful for the pet chit of $920 that reunited them all. “We thought we were out of luck. This means the world to our family!” said the Munstermans.

Suki Seeks to Rejoin Her Family

Joseph LeSueur, United States Marine Corps, along with his family just received orders to return to America and report to Camp Pendleton this coming July.

Suki the dog was not about to be left behind. In need of assistance with travel costs, the LeSeur family reached out to Sarah’s Pet Paradise, who offered some financial aid, but not enough for the single-income family.

Suki now looks forward to celebrating birthdays and more with the family.

The LeSeur family was assisted with a Pet Chit for $380. “We’re so very grateful for your organization’s help with our move back to America,” they told DoD.

Zingo, the Dog, Benefits Too

Margaret O’Brien, United States Marine Corps, and her family received orders to report to Okinawa, Japan. Everyone, and especially the three young O’Brien family children are very attached to their wonderful dog, Zingo.

Zingo, the O’Brien family dog, aka their “spoiled fur child.”

The stress of moving is difficult enough, but no one would bear the thought of not taking ZIngo with them to live elsewhere. Travel costs proved to be a problem at first for the single-income family.The family was aided with a pet chit for $1050, and is very appreciative. “We all would have been devastated without Zingo. Thank you so much,” added the O’Briens.

Tiffany Gaustad, United States Air Force, and her family received orders to report to Germany. Violet, their dog, remained home in the United States at first since there was a lack of funds to transport her to Germany, and not enough room on the outgoing flights.

When space was at last available to fly out, the Gaustads turned to Dogs on Deployment for financial assistance. A pet chit in the amount of $1500 was granted to the Gaustads. They gratefully welcomed back Violet to make their family complete once more.

Violet and the Gaustad family are back in the saddle again.

They gratefully welcomed back Violet to make their family complete once more, and “send their heartfelt thanks to DoD.”

Dogs on Deployment’s Pet Chit Financial Assistance Program has granted nearly $200,000 to help military families for help with their pets’ care during financial need. Nearly 75% of all incoming donations to Dogs on Deployment go directly to supporting military families.  In 2014, DoD granted nearly $28,000 in Pet Chits, and in 2015, we set a goal of $40,000. We succeeded their goal by nearly 300%, and granted nearly $120,000. This year, DoD has set a goal of granting $120,000; and we’re sure we can beat it again.

But not without your help.

One recipient of a Pet Chit wrote to our donors, “I would say that with all the terrible things happening around the world it is so heartwarming to know that there are people who want to help strangers out of the pure kindness of their heart. I think it speaks volumes about someone’s beliefs and priorities when they decide to help people and lessen their burden when they are not required to. I am so very grateful.”

Your contributions matter. Please give at www.bit.ly/dod-donate