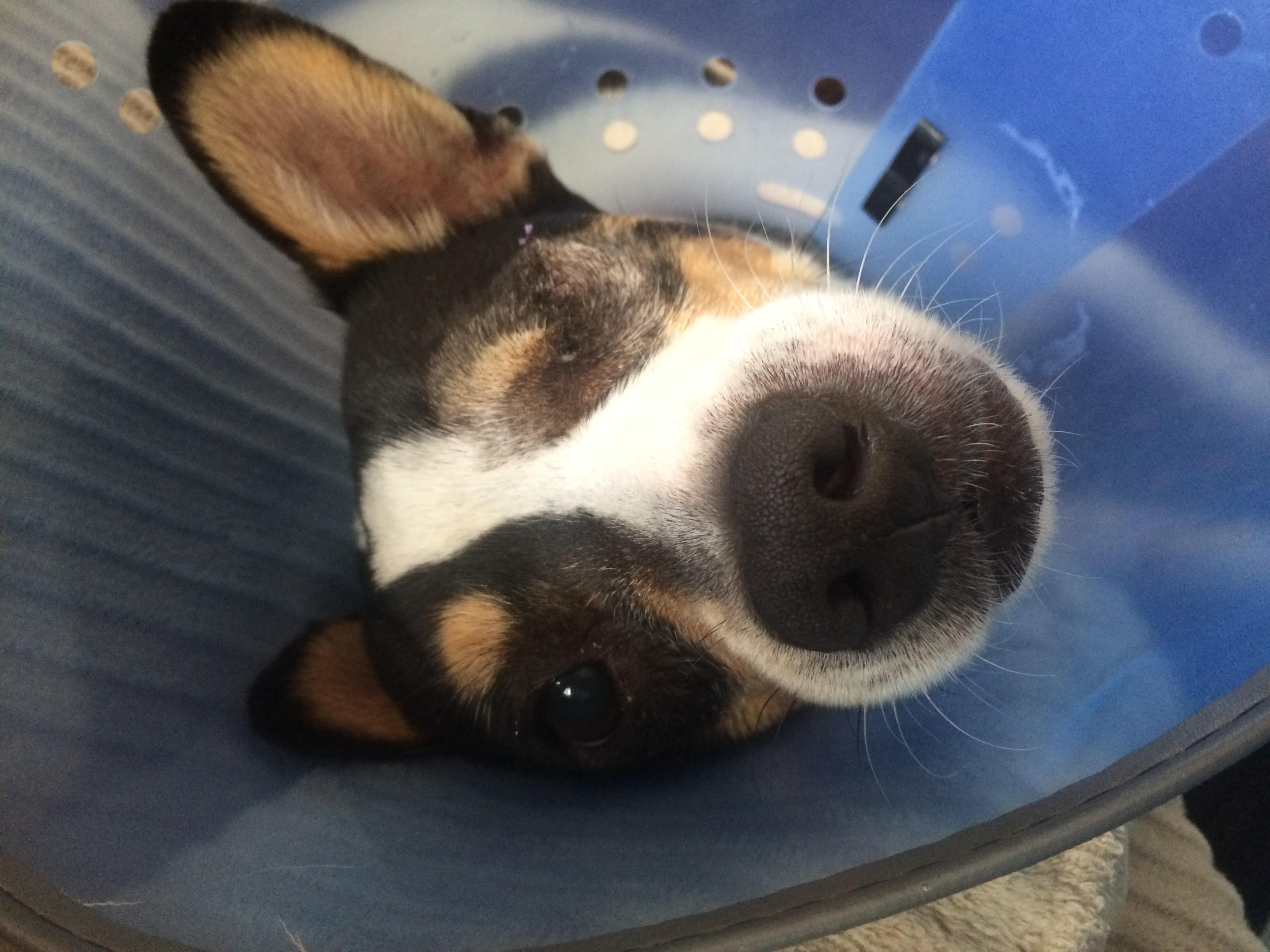 In March 2009, Marine Sgt Harry Perkins and his wife, met and fell in love with a one year old Rat Terrier mix, named Dax, at the San Diego Animal Shelter. Not having any “human-children” of their own, the Perkins considered the adoption of an at-risk shelter dog as being an act of love and necessity. They brought him home and were excited to begin their next chapter of their lives with Dax at their side.

However, Dax’s adoption didn’t come without difficulty. Right after adopting Dax, the Perkins found out that Dax had a broken leg, which had healed on its own before his adoption. After diagnosis, it was determined that Dax’s strength and healing had overcome any difficulties, and his leg wouldn’t impede his chance at living a long, happy, and fast life. “[His leg] didn’t slow him down one bit. He is a fast little guy to this day,” says Sgt Perkins. 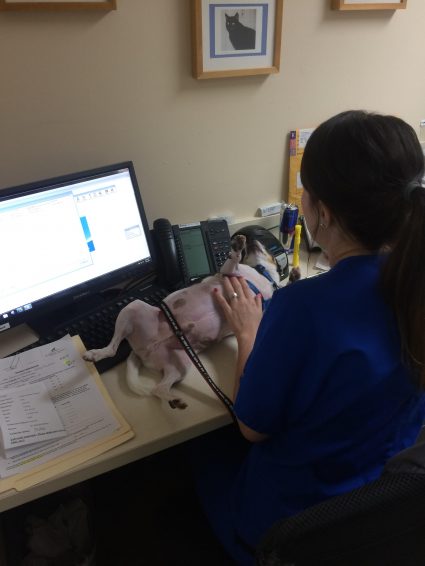 The Perkins expected that Dax’s health was in the clear. He quickly became an integral part of their family. Dax was a staple of stability through two deployments to Afghanistan. “Dax was waiting for my return the entire time while keeping my wife company and sane,” Sgt Perkin reflects. His personality flourished; he is known to go to the veterinarian and have his exams done “upside down,” as he is such a goober, he always rolls over on his back for love and attention while getting his vitals taken.

Unfortunately, Dax would become a frequent patient of his veterinarian’s office. One year ago, the Perkins realized Dax was having issues opening and closing his left eye. After being taken to the veterinarian, the family was told that Dax suffered from severe glaucoma, and his eye pressure was dangerously high, with threat of rupture. The family made a quick decision to remove his eye. Now, every night before bed time, Dax gets eye drops in his good, eye, to prevent his right eye from going bad. He always gets a treat after his drops! 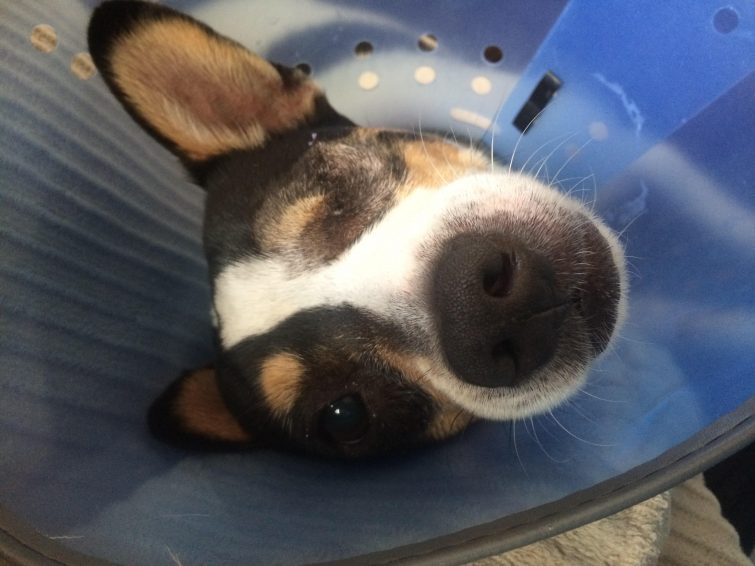 Dax received the best care possible after a threatening case of glaucoma.

Again, the Perkins were relieved to find Dax receiving a clean bill of health. Then tragedy struck.

On July 10, 2015, Dax was diagnosed with lymphoma. “We were and still are heartbroken; full of what ifs? What next? And how? We don’t want to lose our baby. But we [are] optimistic that he will make a full recovery!” Sgt Perkins says with heartfelt expression. Dax has received an optimistic outlook, if he can get ongoing chemotherapy treatment.

The Perkins family started him on treatment right away, despite uncertainty of payment. They were prepared to do anything necessary to ensure Dax’s health, despite finding out the happy news that they will be expecting their first “human-child” in December. “We will look for options. We will find relief,” Sgt Perkins says determined.

It wasn’t until recently, that the Perkins learned about Dogs on Deployment. Through our Pet Chit Financial Assistance Program, DoD provides financial grants to military families for help with their pet’s care during times of emergency. The bills are expected to range from $8000.00 – $9000.00 for Dax’s total treatment. And while the Perkins are ready to tackle this challenge, they have also asked for help. And we’re prepared to give it to them.

Dogs on Deployment has been successful before in raising funds for military pet diagnosed with cancer. We’re optimistic that we can do it again, with your help. 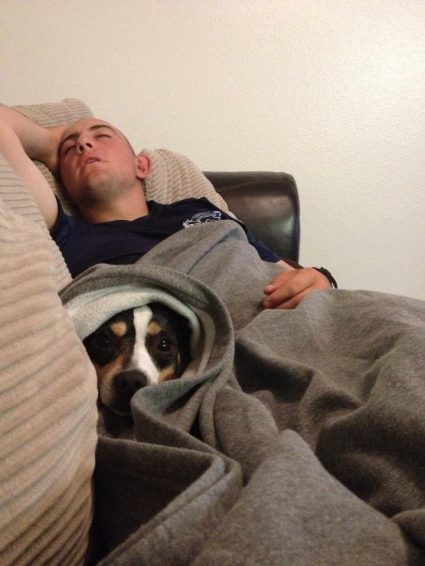 Donate to Dogs on Deployment’s Pet Chit Financial Assistance Program from now until September 1st, and help us in our goal of raising enough funds to help Dax survive, and help the Perkins family by giving them peace of mind. With your help, we can give Dax a chance to meet his new human- brother or sister, and continue to have a long, and happy life with a Marine family who truly sets the example of responsible, lifelong pet ownership.

The Perkins wish to share this message with you: “[If you donate to help our cause,] we would be undoubtedly grateful. There would be no words other than to ‘thank you’ from the bottom of our hearts. We will do anything to pay it forward. Just thank you for helping us take care of our fur baby.”