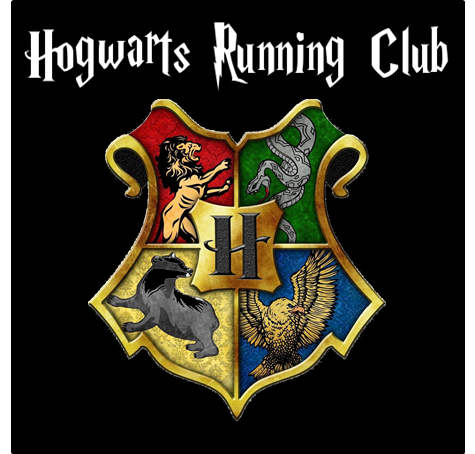 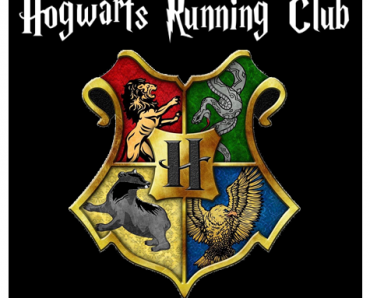 Virtual running clubs allow participants anywhere in the world to register for a race, and then run or walk the race at their own convenience, whether on a treadmill, at a park, or in their own neighborhood.

The Hogwarts Running Club initiated this partnership with Dogs on Deployment having heard from some of their members who were already supporters of DoD.  Since this fundraiser was to be held in early April, the Hogwarts Running Club chose Harry Potter’s Weasley twins as the theme, as the red-headed jokesters share an April Fool’s Day birthday on April 1st. 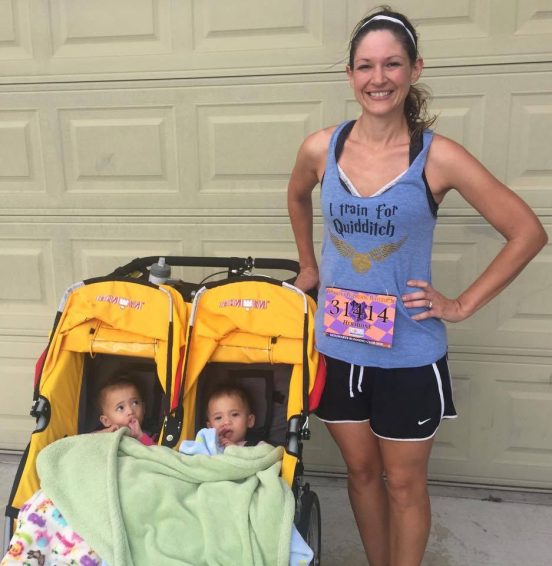 Proud mom, supporting DoD and Hogwarts Running Club..and she has her own twins!

The 5k fundraiser was called, Weasley’s Wizarding Wheezer 5K. As soon as participants registered, they received a race bib, and upon completion, a specially designed medal that read “Mischief Managed.”

Lt. Col. Brian Biggs enthusiastically agreed that this fundraiser would be a great fit between Hogwarts running club, and DoD,  When asked what ultimately led to him choosing DoD as a partner, Biggs said, 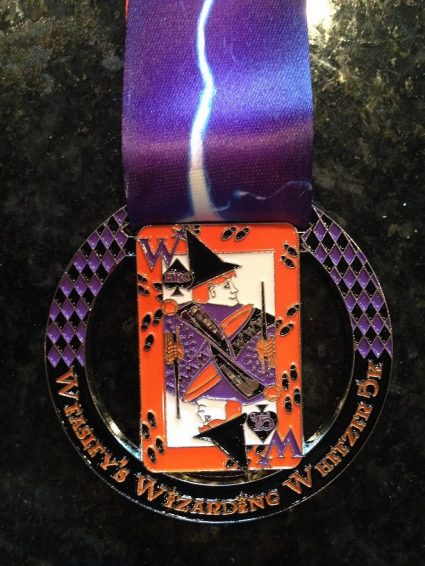 “As for my feelings on DoD, I can only say this: I did it for Fenway. Fenway was my (200 pound) Great Dane who passed away from cancer just ten days before I returned home from deployment in 2013. Fortunately, he died warm in his home with my wife by his side to calm him and ease his transition. I cannot imagine how much more difficult his death would have been if it had happened in a cold, unfamiliar boarding location with nothing but strangers around…if at all. Not everyone is as fortunate as I was to be able to have my wife with Fenway when he died. As a currently serving member of the United States Air Force, the only thing that is as important to me as my service to my country is my dedication to my family. That includes my entire family…my wife, my daughter, our three dogs, and our two cats. We have faced the emotional struggles of balancing what is best for my career and what is best for our entire family. Dogs on Deployment is providing a critical resource to military families…to ALL members of our military families…to make sure our family is taken care of when we answer the call to serve our nation. For those families, for those animals…for Fenway…I say thank you to all the volunteers and foster families who do such incredible work in service to our nation.”

At registration’s close, there were 667 participants from 47 states, 5 Canadian provinces, the United Kingdom, Germany, Portugal, and Australia, making this the largest Hogwarts Running Club race on record. After deducting costs for the medals that are distributed to all who complete the race, the remaining proceeds will be distributed to DoD.