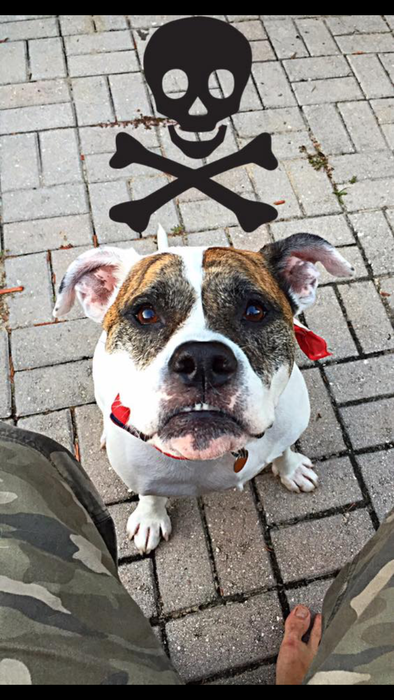 When John Russo joined the Army in 2010 he never expected to find his beloved Bulldog, Bones, surrendered to a shelter.

“I joined the Army to serve a purpose in this world, and to protect the unable and unwilling of our country. I loved my time in, I made incredible friends and would be more than happy to lace my boots up again if need be,” said Russo. “My dog, Bones, was a Christmas gift from my mother back in 2008. [Bones] was just 8 weeks old at the time. I spent the next 2 years with that dog glued to my hip until I decided to join the United States Army as an Infantryman.” 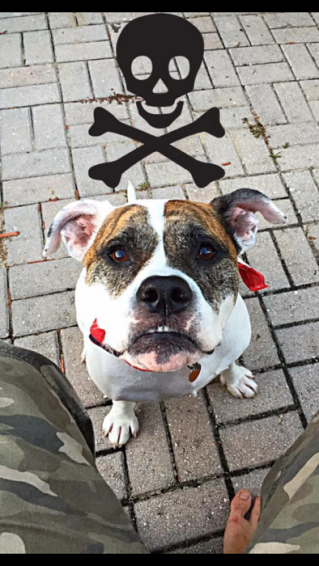 After joining the Army, Russo was sent to Boot Camp and then to Fort Lewis, WA. His schedule was not fit for Bones, so Russo looked to a past relationship for help with watching his favorite pooch. After arranging for care for Bones, Russo began his Army career and visited Bones as often as he could. In 2012, Russo deployed to Afghanistan with confidence that Bones was being well taken care of.

After returning home from Afghanistan, Russo began the process of transitioning into civilian life.

“I was virtually homeless when I got back to my home of record, not having much in my savings and not really roaring to jump back into the minimum wage line, a friend offered a spare room which I accepted,” recalled Russo. “I started to get my head on straight. Found a job, made some money, and got my own apartment. I was finally ready to get Bones back and give her a home.”

Russo quickly discovered that the person he entrusted to watch over his dog had decided she could no longer care for Bones and had surrendered her to a local shelter.

“I was on the Internet one morning and decided to look at my local animal shelter’s website. I clicked in adoptable dogs and scrolled down to see a face that was extremely familiar; I thought for sure it was just a coincidence, until I clicked on the picture and it brought up the description. Everything matched up. Her age, the commands she understood, and her markings. I knew I had just found my Bones” said Russo.

“I jumped in my truck and drove down to the shelter and asked to see her. The lady behind the desk looked confused that I was asking about a specific dog but I told her my story and she told me that Bones had been brought back from a previous adoption because the family had a dog that wasn’t getting along with Bones. She was in the back and she would bring her right out. I stood there nervous thinking she wouldn’t remember me, or she would growl if I tried to pet her. ”

That, however, was not the case.

“When she came around the corner and saw me, she went wild. Jumping, licking, and whimpering. I couldn’t believe that after so many years, my dog would remember who I was, but she did. I took her home that day and I’m never letting her out of my sight again,” said Russo. 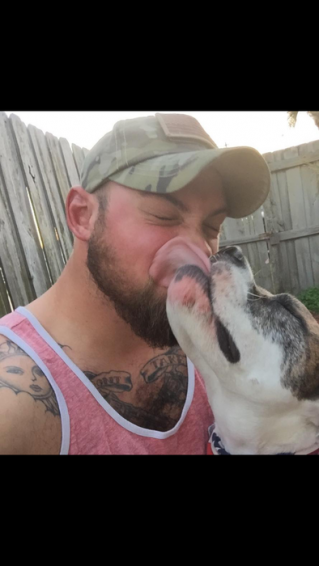 “I came home from Afghanistan different, or so the people who know me best say. The purpose I wanted so badly while enlisted is now what I’m searching for in the civilian world. The first few months I was battling depression, drinking heavily, and just feeling worthless. Bones can sense when I’m upset or I’m having an episode.

“After I relocated her I’ve noticed myself taking back my life one day at a time. She’s my hero and just seeing her so happy when I walk in the door and being able to take care of her gives me strength and makes me hopeful every day. ”

Russo is fortunate to have his companion back by his side because so many service members are not as lucky. Too many men and women of our Armed Forces are faced with re-homing or surrendering their pets due to military obligations. Russo wishes he would have known about Dogs on Deployment back when he needed the services they provide the most. 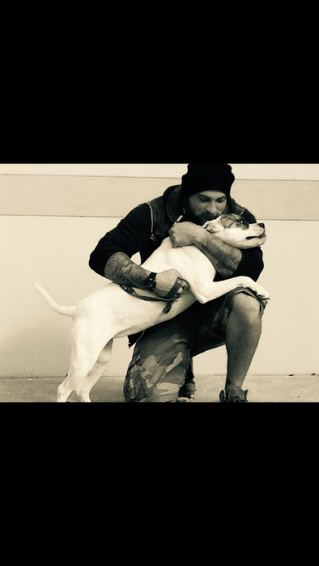 “If I knew about Dogs on Deployment I would have definitely came to them first. I think the service they provide for the military is outstanding and completely selfless,” said Russo.

In order to reach service members like Russo, Dogs on Deployment needs volunteers to help spread the word and willing to take in military pets. For more information please visit the website at www.dogsondeployment.org