by John Emeigh
Reposted from 8KPAX.com 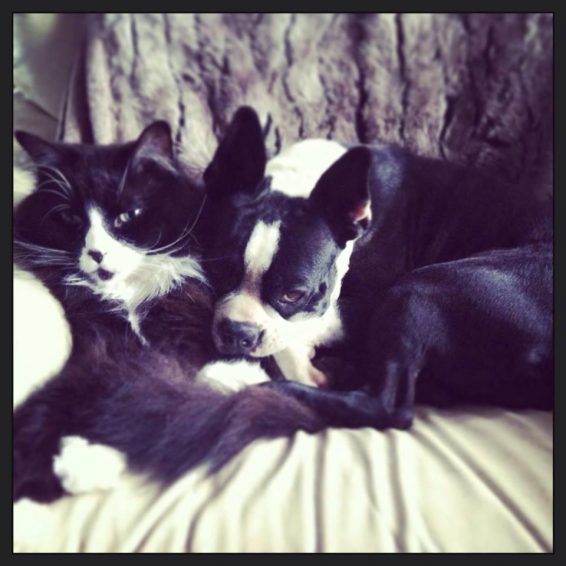 BUTTE – A U.S. Air Force member was reunited in Butte recently with her dog after serving more than six months in Afghanistan thanks to a special program called Dogs on Deployment.

“It was extremely worrisome. I mean I rescued Boss and I’ve had Moe the cat since I was 11-years-old, so obviously they’re important to me,” Paige Garrett of the U.S. Air Force said.

Garrett was fortunate enough to meet Stevey Still of Butte back in February. They were matched up by Dogs on Deployment – the volunteer program in which civilians can board pets of service members, just like Garrett’s dog Boss.

“And I just found Dogs on Deployment by chance and Stevey’s name was on there and there was one other person and they were the only people in the whole state of Montana and I was thinking, oh my gosh, there’s only two people, I’ve got a cat and a dog, but as luck would have it, it was a perfect match,” Garrett said.

Stevey Still is a dog lover herself who also rescued her dogs. She says it takes a special person to watch another person’s pets for several months. 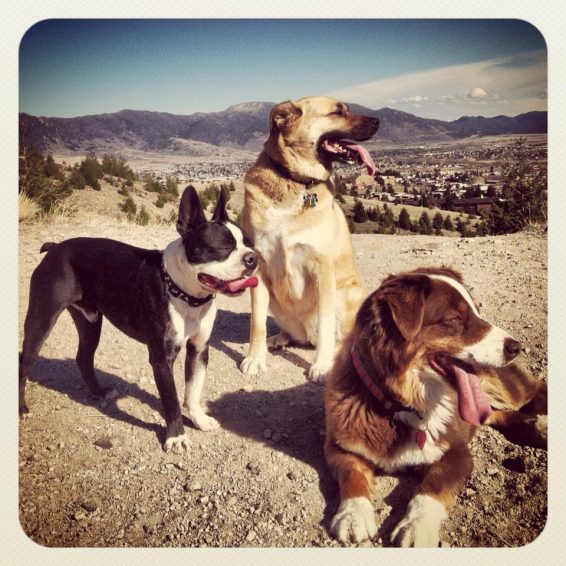 Boss on a walk with his “foster friends” during his “deployment.”

“Somebody who’s loving and caring and very responsible, because you can’t treat them like one of your dogs, you’ve really got to get to know them and know what their needs area. It takes just somebody who has the time, patience and care,” Still says. It was an exciting reunion when Boss finally met Garrett. Being away from her dog was tough, especially in a dangerous place like Afghanistan.

“It’s day by day. During Ramadan it’s extra dangerous because that’s their major religious holiday,” Garrett said. “During our holidays like Memorial Day, we got pelted pretty bad, right before Sept. 11, we had a pretty bad rocket attack. I mean there’s ups and downs and you have to be aware of your surroundings, they call it situational awareness,” she says.

For now though, the situation is all hugs and kisses.