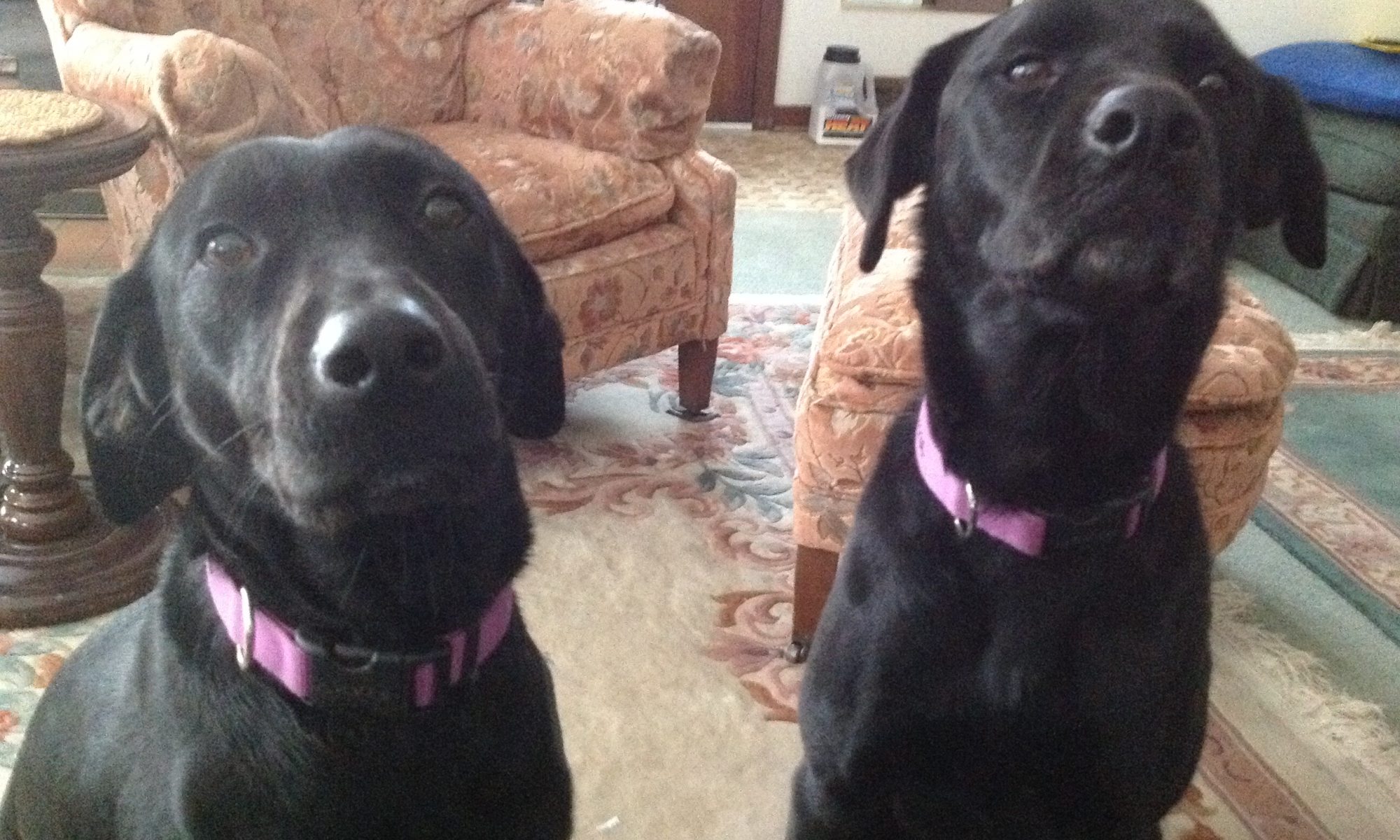 Dogs on Deployment proudly celebrates two announcements as we and our furry loved ones settle into Winter, 2016. We welcome Mrs. D’Arcy Neller, wife to the U.S. Marine Corps Commandant, General Neller, highest ranking general in the Marines, and leader in the U.S. Department of Defense, as she joins Dogs on Deployment as an honorary board member for 2016. The esteemed Mrs. Neller will also participate as a guest judge in the upcoming Dogs on Deployment “2016 Military Pet of the Year” (MPOTY) contest.

PIC CAPTION: Pictured above are friends of Dogs on Deployment, the Neller Family dogs. Their two beautiful Labrador Retriever mixes shown here, are big sister, Bailey on the left, and Maddy, the little sister, who by the way hates the snow! (It’s understandable, Maddy hails from the South!)

Mrs. D’Arcy Neller Talks About the Military, Pets, and the Importance of Volunteering

During a recent chat, we asked Mrs. Neller how it made her feel to be a part of Dogs on Deployment. She replied, “I find this program very exciting, and I’m thrilled to be an honorary board member for 2016. So many of our United States service members only have their pets, which makes it even harder to leave them for long periods of time. With the help and support of Dogs on Deployment and their volunteers, the dogs can be cared for and our service members needn’t be heartsick leaving their best friends behind.”

Mrs. Neller has been a military spouse for 40 years. Dogs have been a part of the Neller family household for all 40 years, and counting. Since her husband, U.S. Marine Corps Commandant, General Neller is active duty and has travelled worldwide extensively throughout his illustrious career, Mrs. Neller has always considered dogs as great company. She recognizes their loyalty, and the joy they bring to her life every day, whether traveling in the car or just walking together. Mrs. Neller acknowledges that she “has always considered them a special part of the family,” and adds that there were times in the past when an organization like Dogs on Deployment would have been enormously helpful had it existed.

“There were times when our dogs came with us to Okinawa, Japan and to Belgium, for instance. But there were other times during overseas deployments when our dogs simply couldn’t accompany us,” said Mrs. Neller. At one point, she and General Neller were sent somewhere for seven months and had difficulty finding individuals to board their two dogs. Luckily for everyone, two of the Neller family friends, also fellow dog lovers, stepped up and were able to board and care for those dogs for the duration of the orders. Eventually the family was reunited after a long absence.

Mrs. Neller said she would have been extraordinarily upset if they had been unable to have their dogs boarded, adding that “an organization like Dogs on Deployment would have been the perfect solution!”

As for volunteering, Mrs. Neller feels it’s important for us all to get involved. "I believe that you can’t wait for the community to embrace you, you have to wholeheartedly embrace it – whether you are military or civilian. We all must do what we can as individuals to pay it forward. Plus, there is tremendous self-satisfaction from volunteering,” said Mrs. Neller.

PIC CAPTION: Mrs. Neller happily acknowledges that dogs are part of the family! Shown above here are adorable sisters Bailey and Maddy, both rescue dogs.

D’Arcy Neller exemplifies the spirit of volunteerism through her many service activities. For the upcoming DoD “2016 Military Pet of the Year (MPOTY)” Contest, Mrs. Neller will join us as we review all of the current individual nominees. During this annual event, we invite all military members to proudly show off their pets, and their families. Then, together as a community, we choose a new mascot dog to represent the Dogs on Deployment mission, and serve as the new 2016 MPOTY.

How about a round of applause for Mrs. Neller as she participates in DoD service and activities throughout 2016?! Or should that be spelled “a round of a-paws?”