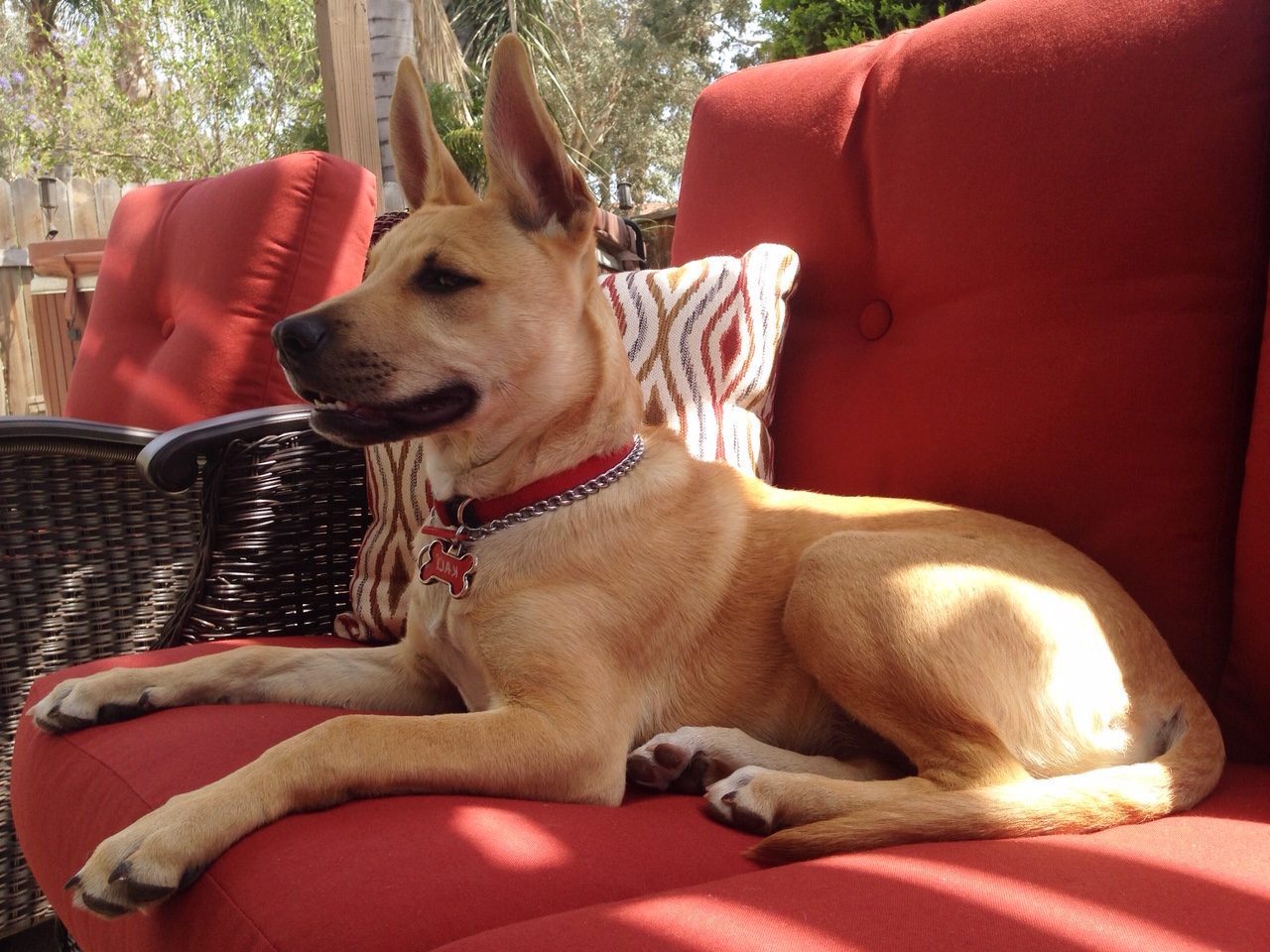 Dogs on Deployment holds an annual contest in search of one very special dog to become “Military Pet of the Year.” Eligible participants are active duty, reservist or guard members, or honorably discharged veterans. The winner serves as a mascot and represents the face of our organization. Throughout the years, winning MPOTY Contest dogs have helped signify their military owner’s commitment to a healthy, engaged lifestyle with their pet.

‘Kali,’ one of the beloved dogs of Elizabeth Cornejo, the former United States Army, First Sergeant/1SG, has won the Dogs on Deployment 2020 Military Pet of the Year (MPOTY) contest. Congratulations to you both! The bond forged between Kali and Elizabeth demonstrates how one dog can change a life for the better, and in the process, help an entire family to heal.

Kali & Liz: Who Really Rescued Who?

‘Kali,’ now a six-year old, likely German Shepherd-Labrador Retriever mix, played a tremendous role in the physical and emotional recovery that Elizabeth Cornejo faced some years ago. Who knew from such small beginnings that an enormous bond and loving relationship would be formed between Kali & Liz.

Elizabeth Cornejo’s Back Story, In Her Own Words

“In 2012 while assigned to service in Japan, I had a vertebral dissection resulting in a stroke” said Liz. “I recovered, but with physicians determining that there was no known reason what caused my stroke. In 2013, the artery began to dissect again. It was then when the Army assigned me to the Warrior Transition Unit (WTU) in El Paso, Texas to determine what was causing the dissection.”

Liz continued, “I went from being a 1SG to going to a unit in which I felt that I had no purpose. I was mainly going to appointments and formations. This was a drastic change for me. My daughter had just gone off to college which left me home alone. I was going through a difficult time physically, and was suffering with depression. It was recommended by many that I adopt a dog, but I was unsure at first.”

“In February 2014, I decided I had reached a point where I thought having a dog would help, so I went to the El Paso Animal Shelter. There were so many dogs there, but then I noticed one small tan puppy with several black pups. It turned out to be a girl. She just looked at me with these sweet little eyes. I asked to see her and immediately fell in love, bringing her home the following day. “

“My family got everything we needed to make our home a new home for Kali. We went on walks, went to the dog park and did things to get us out the house. Prior to adopting Kali, I felt I didn’t even have a reason to go outside. I had gained almost 20 pounds. Now with Kali by my side, we went on walks up mountains, through parks and quickly learned to enjoy our time together. Kali went on car rides, traveling with me quite often. In fact, she came along for the rides on three cross country trips in four years, happily accompanying me everywhere! Later as she got older, we began to go on runs together which helped me in taking off some extra weight I’d gained.”

I remember when the shelter told me that Kali was part Labrador and German Shepherd. I always said she looked like a “dingo!” She originally had the cutest little floppy ears and as she grew older, her ears began to stand straight up. I always joke, that is why Kali is so alert –  because she can hear everything!”

Kali Gets a LIttle Brother

Liz added, “To make our family complete, we adopted Kaos, a terrier in February, 2015. At that time, he was two months old, and a great companion for Kali when I was gone during the day!”

Liz told us, “I feel that these two dogs have two very different personalities.  Kaos is playful and energetic while I think Kali is more of the protector, who likes to sit back and watch things. They definitely have the sister/brother relationship as any family normally would!”

“All in all, without bringing Kali into my life, I honestly don’t know where I would now be. Kali helped me get through a very difficult time of my life. That’s the reason I say she rescued me!

For Dogs on Deployment to acknowledge and recognize how significant a presence Kali is, just makes me so proud. I’ve always known that she is an extraordinarily special dog, and am glad everyone else now sees that too!”

Ahead for Kali & Liz: Delivering Messages of Hope & Healing

Dogs like Kali find themselves uniquely suited to teach us all important lessons, raise awareness of certain causes, and even bring attention to something otherwise overlooked.

As time goes forward, Kali and Liz will work together towards these efforts.

Albeit in the midst of a global pandemic, everyone at Dogs on Deployment looks forward to an incredible 2020 and more with Kali and Liz!

As Dogs on Deployment 2020 MPOTY winner and mascot, Kali got to participate in photo shoots and receive a “glam-bag” full of doggy delight products, including a special leash from UpCountry Leash, Kali’s very own personalized doggy beer with pic, entitled “Kali’s Loyal Lager” on a bottle of Bowser Beer, and doggie treats from Lazy Dog Treats. 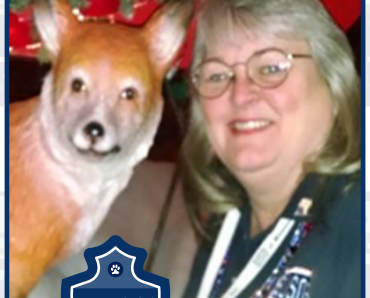 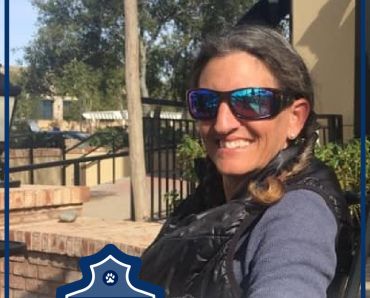