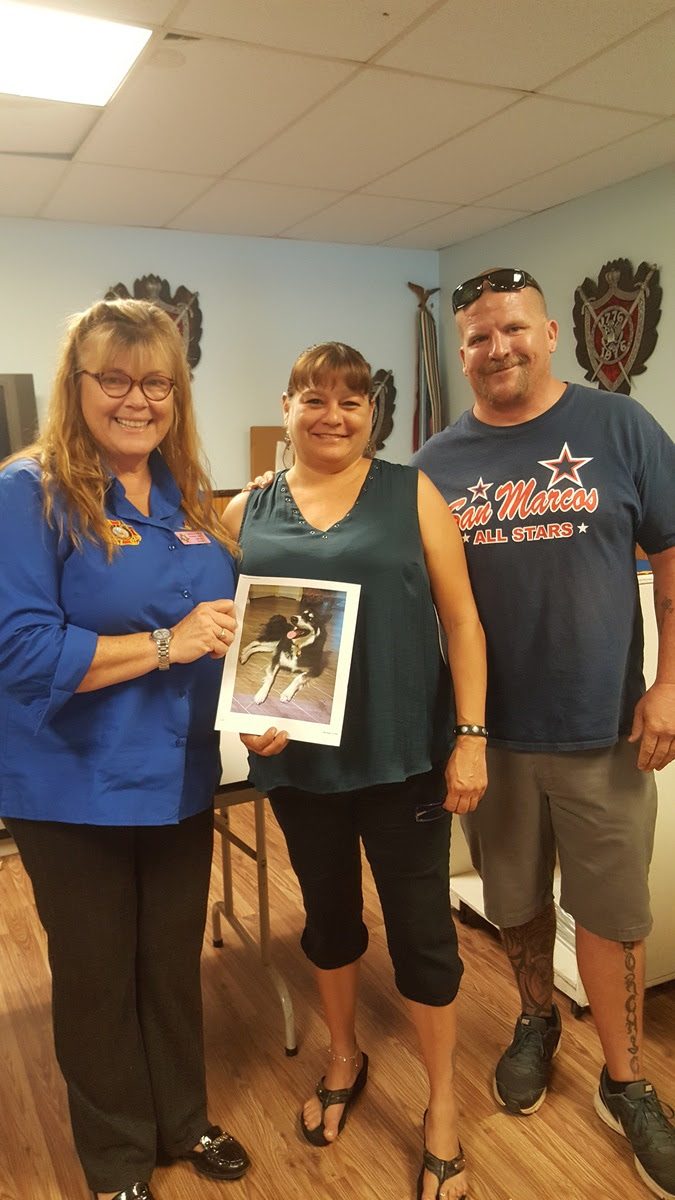 Donations big and small help us all at Dogs on Deployment. To date, our organization has been able to grant over $597,256 to help make a difference in the lives of military members and their pets. All of the assistance that DoD provides is made possible through fundraising events, charitable donations and numerous volunteer efforts.

We're proud to share the good news! Dogs on Deployment has reached the minimum number of 5 star reviews on our Great Nonprofits profile!

The Pensacola, FL chapter of Dogs on Deployment this summer had their largest fundraising event to date, with $8300 raised! This amount blew last year’s record out of the water.

Dogs on Deployment raised $8200 on it own, and received an additional $100 donation from the LPGA. Our thanks go out to those behind the scenes making all things possible — Dogs on Deployment chapter leaders from the Pensacola, FL and Gulf Coast, FL regions, Janet M. Watson and Jacquie Nichols Mikolaczyk, respectively.

We are also happy to report that one avid Dogs on Deployment supporter in Santee, CA has now raised over $1500 in program donations! In April, DoD was contacted by Kathie Okolski, president of a local VFW and fellow do-gooder, who shared the news with us. Dogs on Deployment extends our gratitude for her efforts.

One of Kathie Okolski’s own auxiliary members is now fostering one of DoD’s “Pets in Need.” (See our Facebook page for info and how you can help Pets in Need.)  Said Dogs on Deployment President and Co-Founder, Captain Alisa Johnson, United States Marine Corps, “It is so exciting to see how one supporter can make such a large impact on Dogs on Deployment!"

We do all we can to acknowledge the effort of all our military service men and women, including saying “thank you” as often as possible. First Lt. Ross Zieger, United States Marine Corps, reached out to Dogs on Deployment over the summer with gratitude and some thanks of his own for the Dogs on Deployment volunteer boarders who stepped in to care for his dog while he is deployed.

"I just wanted to let you know how grateful for I am for your boarding service!"  Ross Zeiger, First Lt., United States Marine Corps

Continued Lt. Zieger, “I am a Marine unexpectedly stationed OCONUS (outside of the contiguous United States), where I am unable to bring my dog. Being single and childless, my dog is one of the most important relationships in my life. He has been my best source of inspiration and relaxation after tough days of training. It was devastating to know we would be separated for some time, but thanks to your service and the foster volunteers, he is in great hands now! I hate to imagine a scenario where I would have had to give him up for adoption or pay for expensive boarding. Thank you, thank you, thank you for the peace of mind you have allowed me!”

Together, we achieve results for military families. It wouldn’t be possible without your help.