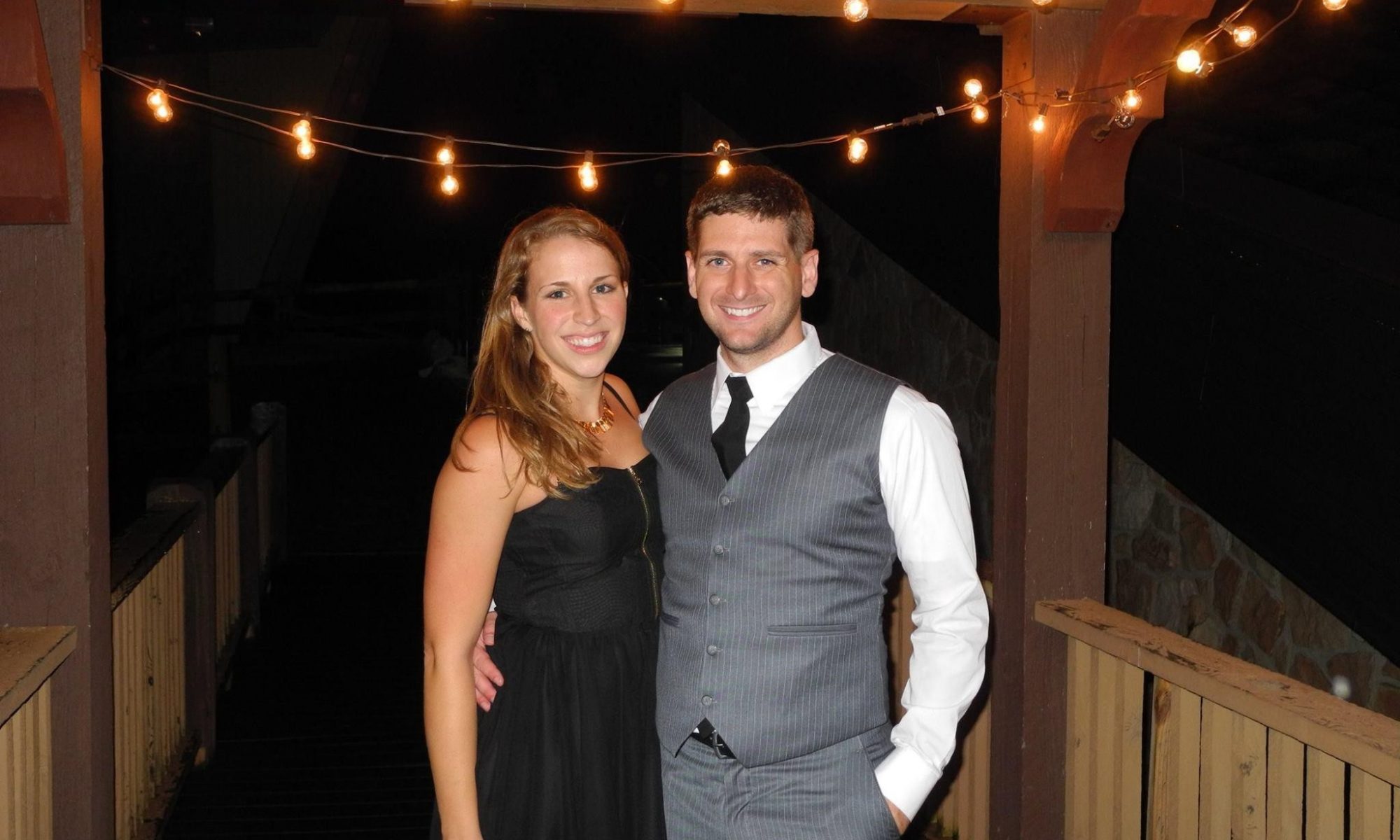 Dogs on Deployment relies on the many volunteers in chapters throughout the United States to help achieve our service mission: to give military members peace of mind concerning their pets during their service commitments by providing them with the ability to find people and resources able to help them.

Chapter leaders, coordinators and many other volunteers work tirelessly to spread the good DoD word, recruit volunteers and strengthen community ties. One of the original volunteers at the Hampton Roads, Norfolk, VA chapter of Dogs on Deployment is Heidi Novak, a United States Naval Dental officer who works on a ship out of Naval Station Norfolk. This June, she will marry James Brigowatz, a United States Naval officer serving in Pensacola, FL. The couple has their mutual best friend, Paul, and Dogs on Deployment to thank for their matchmaking – to which we say, ‘you’re welcome!’

The bride and groom attribute their love story to Dogs on Deployment, and want to make sure their wedding guests know that it was DoD that united them. They will marry this June, and have their BFF Paul serve as the officiant. In lieu of favors, Heidi and James will instead donate to Dogs on Deployment to show their gratitude.

A Funny Thing Happened on the Way to the Altar

Many current and former DoD volunteers and boarders find fulfillment by helping service members. But Heidi Novak and James Brigowatz can honestly say that because of volunteering for Dogs on Deployment, the biggest benefit of all was meeting their future wife and husband to be. And adds Heidi, “I met Layla, the most wonderful beagle in the world!”

When Heidi graduated from The University of Michigan School of Dentistry, she moved to Norfolk, Virginia for work and her parents kept her dog, Liberty back home. Looking to fill the void left in her heart and be of assistance, Heidi pondered a solution. Her friend in the school’s residency program saw a newspaper ad for Dogs on Deployment, and suggested she reach out to them. “Who doesn’t like having a dog around?” she thought, “and besides I’d be helping out fellow military members in need.”

Heidi signed up for Dogs on Deployment, and agreed to temporarily foster a dog whose owner would soon deploy. That is how she met Layla, a quirky yet lovable beagle, and her owner, Paul, another United States naval officer. After a couple of meetings, Heidi quickly agreed to foster Layla for eight weeks while Paul was deployed.

Paul, in his typical sly fashion, gave Heidi the number of his single and good-looking roommate James, just before handing over Layla. Paul explained to Heidi that in the event Heidi had to travel and needed someone to watch Layla for a weekend, she could call James for help.

Said Heidi, “Layla was there for me when my parents kept my dog after my move. She was waiting for me every day I came home from a long day on the ship, and she introduced me to one of my closest friends, her owner Paul.”

While hanging with Layla outdoors, Heidi sometimes took the dog to events held in the area, including the Bark in the Park at the Norfolk Tides Stadium. “So fun for us both!” added Heidi.

The day arrived when Heidi needed a back up dog sitter for Layla.  Just before Labor Day 2014, James received a phone call from an unknown number. He answered the call to find what he described as a “bubbly and cheerful voice of a Navy dentist.” As it turns out, his recently deployed roommate, Paul, had offered up James’ dog-sitting services to this woman if need be, but Paul failed to tell any of this to James before leaving. Regardless, James agreed to watch Layla, and the drop-off was arranged for that Thursday. That evening, Heidi and James happily met for the first time with Layla excitedly running around. The couple couldn’t wait to see one another again.

Meantime, Heidi quickly became Paul’s go-to Layla sitter whenever he deployed for service. Heidi, Paul and James became the best of buddies. When Paul was given a PCS commitment to Guam for two years, Layla was semi-permanently given to Heidi. Later when Heidi was given an eight-month deployment in 2017, Layla moved to Michigan to board with Heidi’s parents and keep it all in the family!

As of this writing, Layla is still with the Novak family in Virginia, along with Heidi’s childhood dog, Liberty and the Novak’s other dog, Pepper. Said Heidi, “these three dogs are ruling the roost and getting along great! Layla follows my father around the house all day long; they really have grown to be inseparable.”

In June, 2018 Heidi and James will marry in the Outer Banks, North Carolina. Mutual best friend, Paul will be the officiant for the wedding ceremony because as Heidi says, “James and I could not agree or decide on which side of the aisle Paul should stand.”

To top it all off, Layla will enjoy a reunion with Heidi, James and Paul when she joins them at the wedding!

Reflecting Back, Paying it Forward

Heidi and James are not the first members of their respective families to serve in the United States military. Heidi had several grandparents in the service during WWII. She also told us “Grandpa was in the Army stationed on the West Coast; Grandma (who just turned 99 years young!) is one of the last few WAC’s alive; my father was a pharmacist in the United States Public Health Service Corps; and I have several cousins who currently serve in various military branches.”

James told us, “my grandfather served in the National Guard; my step-father served in the Navy; my younger brother completed a Navy enlistment and is now using his GI Bill to complete his degree in financial management in Wisconsin; and, my cousin as well as a couple of my uncles have also served in our military.”

Heidi continued, “James and I have not volunteered as much as we would want because I was on deployment much of 2017 and James lives in Pensacola, Florida.  All the work leading up to my deployment also prevented me from being home to take in a long-term foster, but I did foster a dog for a few weeks in February. When I cannot give my time, I donate to Dogs on Deployment via CFC to ensure they have my financial support.”

“Anytime people ask us how we met, DoD is always brought up,” the couple added. “A lot of people have never heard of the organization, so we both be sure to tell them how it works, and always share all of the Dogs on Deployment Facebook posts.”