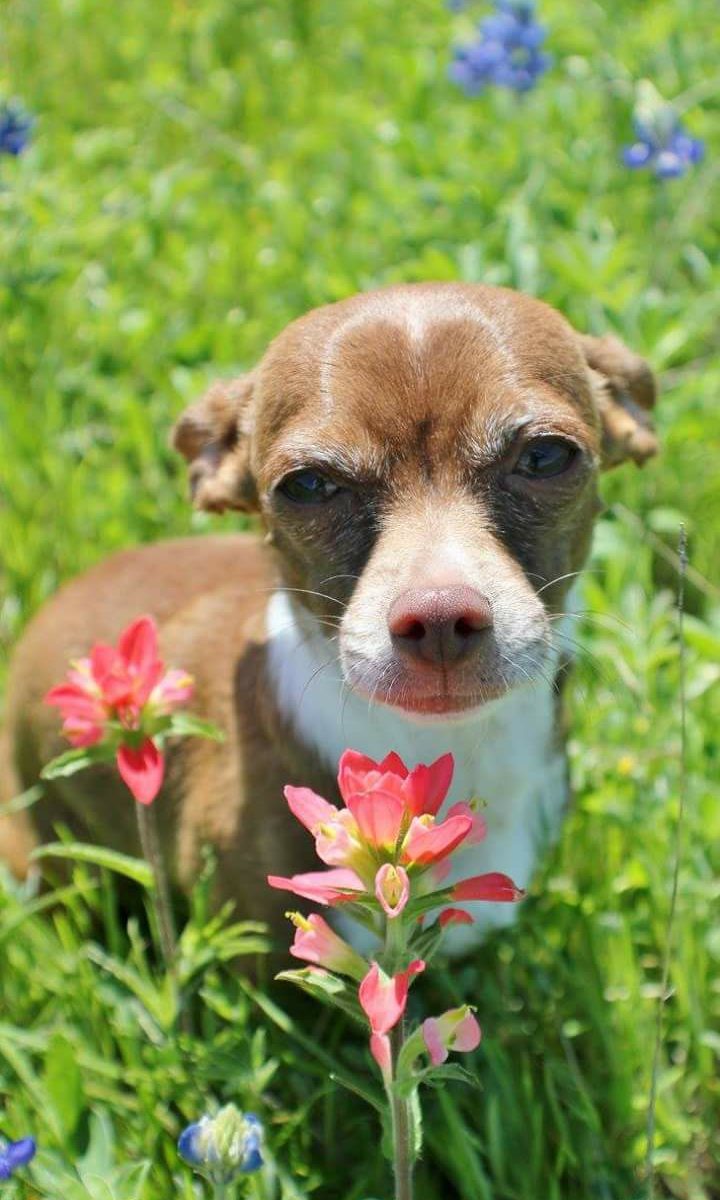 Dogs on Deployment presents its 2018 Military Pet of the Year (MPOTY) Winner and Mascot, “Peanut!”

Each year Dogs on Deployment holds a contest in search of one very special dog to serve as our mascot and be the face of the organization. We agree that every dog is special and acknowledge that the bonds between dogs and their owners are often sacred. Some dogs and owners, however, find themselves uniquely suited to teach us all important lessons, raise awareness of certain causes, and even bring attention to something otherwise overlooked.

In this case, Peanut, a chihuahua, and her owner, Michelle Parlette will raise awareness about the existence of the Dogs on Deployment organization, the services provided, and its ever-growing foster network of pet boarders!

“Peanut and I are equally excited to share our story and promote Dogs on Deployment,” said Michelle Parlette, a Major and Logistician for the United States Army, European Command Headquarters, who is currently stationed in Germany.

"Service members with dogs and other pets often feel pressure that others may take for granted," continued Michelle. "They want to exercise responsible pet ownership at all times, yet are often called away to serve or relocate with little notice. Reliance on family and friends may not be an option in these circumstances, especially in the case of a longer term care commitment on short notice."

Prior to the existence of Dogs on Deployment, many service members did not know where to turn.

“Dogs on Deployment believes in providing vital assistance to military pet owners while they serve our country with honor, courage and commitment,” said Peanut.

A resource center web page for military pet owners is just one example of how Dogs on Deployment can help service members seeking to board a dog or other pet. Find out more by clicking here.

Like many people, Michelle Parlette grew up around and always seemed drawn to big dogs. She had not previously owned a small dog. To her surprise, while serving on tour in Italy from 2011-2013, she came across and admittedly fell in love with a Chihuahua named Mya.  Mya changed Michelle's whole perspective on little dogs, though she doubted she would ever come across another Chihuahua as sweet as her.

Around Labor Day of 2015, while stationed in Fort Hood, Texas, Michelle saw a Facebook posting from another military family who received orders to Fort Meade, Maryland. They were trying to adopt out their two chihuahuas, one of whom was Peanut. Michelle agreed to try her out for the weekend, and soon found Peanut to be the perfect cuddly companion. She arranged with the family to adopt Peanut for herself. It was good news for this dog, who had already been rescued from a shelter by her former owners and was now en route to her furever home.

Michelle worked hard to teach Peanut lots of tricks, and says that Peanut was "an A student," with discipline and smarts. When Michelle was side lined after a surgical procedure in late 2016, her mother came to assist her. Soon, Peanut picked up on signals and enough body language to know how to be a four-legged medical aide to Michelle. In the dark of night, Peanut would gently grab Michelle's finger and guide her back to her pillow to lay down. Michelle has since associated this action with the word "help," and Peanut happily obliges to guide Michelle to sit or lay down (now for the reward of a massage!).

About that same time, Michelle received word that she would be deployed to Kuwait in February 2017.  She knew she’d have to find a long-term boarder for Peanut, and started researching possible alternatives to her parents, who could not help this time as they had moved to Hawaii.

In November 2016, Michelle’s online research for boarding possibilities for Peanut led her to find Dogs on Deployment.  Discovering the foster network of volunteer families across the United States gave her hope that Peanut would be left in equally good hands if she would sign up and connect with someone, so she did just that.

Fortunately, through the Dogs on Deployment foster network, Michelle found the perfect match in a temporary foster family in Georgetown that agreed to care for Peanut while she deployed to Kuwait. A visit with them for a test run put her mind at ease!

Michelle and Peanut were welcomed by a wonderful family with three friendly dogs, a two-acre yard, a pool with a separate doggie wading area, and a huge, beautiful home complete with doggie doors galore. Peanut happily stayed with her foster family for several months while Michelle reported to duty.

After several months in Kuwait, she received service orders to report to Germany by June 2017. Michelle returned stateside, went immediately to pick up Peanut and planned to get her to Germany with her. “There’s so much to be done, it’s a lot at one time. So many stressors are associated with military moves that preparation is key,” Michelle reminded us. “There’s timing, trying to ship cars and goods, obtaining medical and dental records, and concerns about schools if you have kids.

And as for Peanut, I had to consider hiring pet transport if I couldn't get her overseas, needed to ensure that country-specific requirements were completed in time, get her health certificate and veterinary records in order, make Peanut's flight reservations, and confirm that I had all of the transport materials and documents in order to meet each airline's specifications (such as carrier size, pads for accidents, pet luggage tags and portable food and water containers).

It's a lot of prep work that most people may not consider with all of the other events surrounding a service deployment or relocation."

“I was happy to do it all, but at the same time recognize it’s a challenge that can be that much harder for larger families with children, or even multiple pets. You don’t want to take the chance that pets are forgotten about until the last minute,” said Michelle. Armed with their new knowledge of Dogs on Deployment foster families, and Peanut’s new title, Michelle and Peanut will spread the word and try to improve things for the better!

“Most folks in Germany haven’t even heard of Dogs on Deployment and the organization's commitment to service members with pets, but we intend to change that!

Peanut and I will be working together to share DoD information through groups like the USO and the MWR program on base," added Michelle. "Now, if our service members move back to the states, they’ll know all about Dogs on Deployment resources."

If you’d like to read some frequently asked questions and answers about the Dogs on Deployment foster network and boarding process, including eligibility requirements, click here for more information.

The Life and Times of (a) Peanut

Peanut settled into life with Michelle in Germany just fine. “I can’t wait to tell you about Peanut and her travels!” said Michelle. “Peanut and I traveled to Ulm, Germany one recent weekend. It’s the world record holder for the tallest church, crookedest house, and it’s the birthplace of Albert Einstein!"

Peanut knows how to be the life of a party (Cinco De Mayo, anyone?) and is even a good sport about dressing up (as the Lion King, we presume?) for children’s amusement on Halloween (see pic below.)

Michelle admits that Peanut is a little spoiled, as Grandma sometimes makes her clothes, toys and blankets as her only grand-puppy. Peanut also receives handmade clothes and blankets from Michelle's aunt and from an organization called Operation Spirit, who has supported Michelle during all five of her deployments since 2003.

Many more adventures are in Peanut's near future, including Berlin, Dresden and Prague next month!

Michelle loves that Germany is especially dog-friendly. Only grocery stores and some restaurants seem to be off limits. Peanut is laid back, very rarely barks, and is very well accustomed to traveling around the country when possible. She loves other people and dogs, and enjoys cuddling and relaxing.

When Michelle goes to work every day she usually leaves Peanut in the care of one of the dog sitters on the base, so as not to be alone all day. Occasionally, Peanut will accompany Michelle to work at the base, where a sign posted in Michele’s office reminds Peanut that she is welcomed there, and most of all, much-loved by everyone.

Dogs on Deployment knows that Peanut will spread cheer and good will wherever she represents us this year. Our gratitude to Michelle Parlette, her family, friends, colleagues, and most of all, the adorable Peanut.