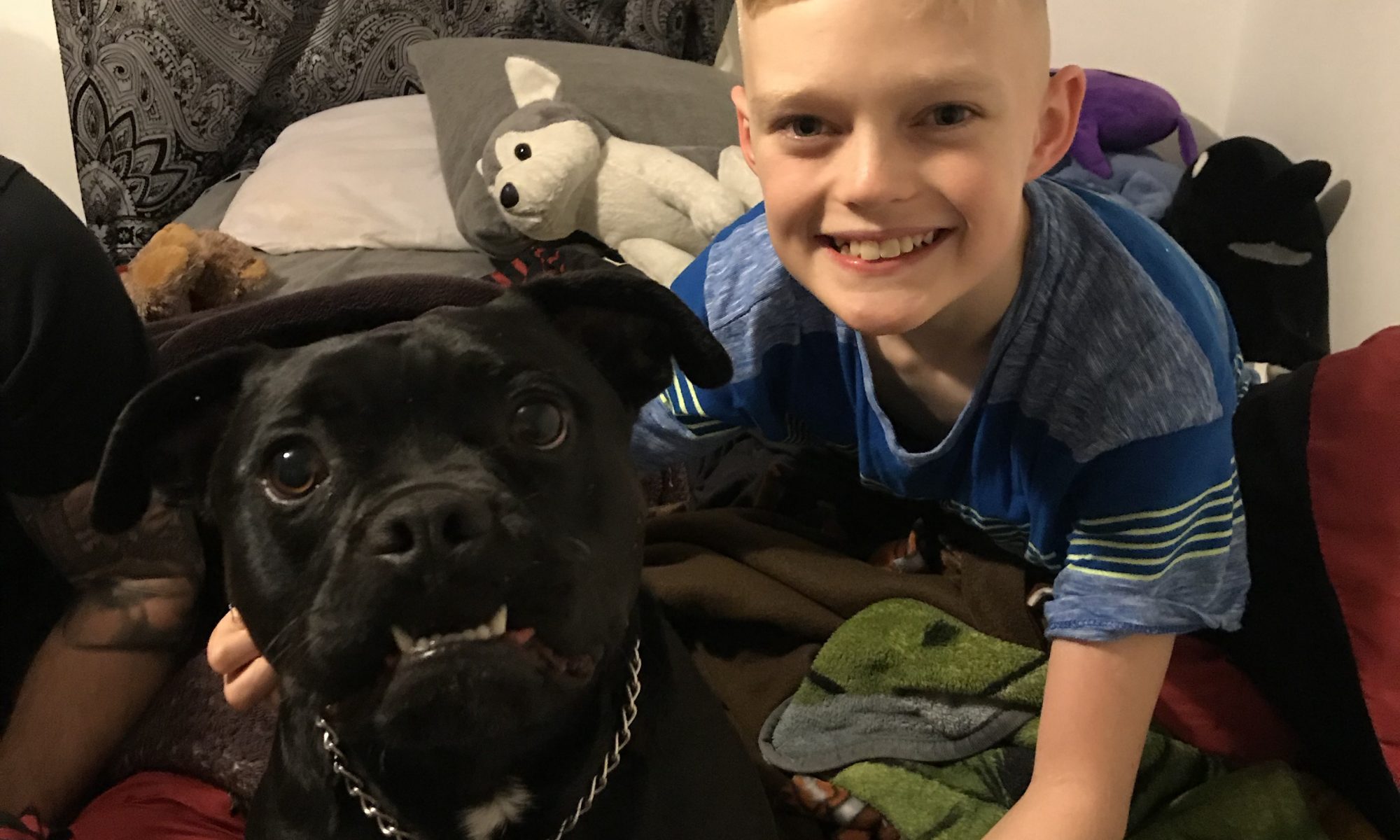 When Amanda Witt, of the United States Air Force received military orders to report to England where her family would spend the next four years, Amanda was left figuring out what to do with their 4-legged family members, dogs Case and Stewie. Many service members and their families are left with a large financial burden when their service commitment requires a long-distance move, especially when that move is overseas. Thankfully, Dogs on Deployment provides financial assistance to military members facing situations like Amanda.

Dogs on Deployment understands that pets do a great deal to enhance and complete our lives in numerous ways. We aim to promote responsible, lifelong pet ownership within the military-pet community. Dogs on Deployment’s military-pet foster network reunites as many military families with their pets as possible, and the Pet Chit Financial Assistance Program helps with the financial costs.

Amanda Witt has served in the United States Air Force for 13.5 years. She received orders for a PCS to RAF Mildenhall, in England, where her family will spend four years. Said Amanda, “Our original plan was to leave both dogs – Case and Stewie – with my parents back in the U.S., so they would not be separated, and then when we could afford to bring them both, they would travel together.  However, circumstances changed, and we reached out to the Pet Chit Financial Assistance Program run by Dogs on Deployment. With help from Dogs on Deployment, we received pet chit grants totaling $$2,313.41, so Case got here a lot sooner than planned. “

It turns out that while 12-year-old Stewie, the family’s black lab did fine while Grandma initially watched him back in Dallas, TX, his fur brother, Case didn’t do so well. He was restless, bored and out of sorts. Soon, Case started tearing things up and became too much for Grandma.

At that point, the couple thought it made sense to have Case come join them in England. After all, Case has a human brother, named Tyler (Ty) who turned 11 years old last December, and shares a special bond with the dog.

Case Chases the Blues Away

Said mom Amanda Witt, “Tyler is my step son, and has been living with my husband, Jake and I full time since 2014. Prior to that, we had shared custody of him and he went back and forth between homes. Ty's biological mother was in an abusive relationship and Ty unfortunately had a lot of issues due to what he had seen. His psychologist told us that he has a form of PTSD.”

“We allowed Ty to adopt Case due to some issues that our family faced. Case became Ty’s buddy. Case would do everything with Ty. They would play on the trampoline together, swim together, run and walk together. Anything Ty did, Case would be right there next to him. This dog has made a tremendous difference in our family.”

“Having to PCS overseas was an extremely big change for us all. We were doing ok, but when Case arrived we were ecstatic! And, I think now that Case is here, we feel more complete. Everyone still misses Stewie a lot, but we get to video chat him at least once a week! Case still does everything with Ty. He sleeps with Ty every single night. I think that allows Ty the comfort and extra support that was needed once we moved here.”

“Case’s travels were great thanks to Dogs on Deployment and Air Pets, the transportation company. He has adapted quickly and well. We moved from Arizona where it is hot and sunny, so Case did not like the weather initially. We got him a coat that is also good for him to wear when it is raining outside. We take him a lot of places with us, as most places here are dog friendly. Case definitely enjoys getting out and about with us!”

“Our family wants again to say to Dogs on Deployment, ‘thank you soooooo very much!!! Everyone involved was extremely helpful and the process was almost too easy! We are very grateful for the help we received.”