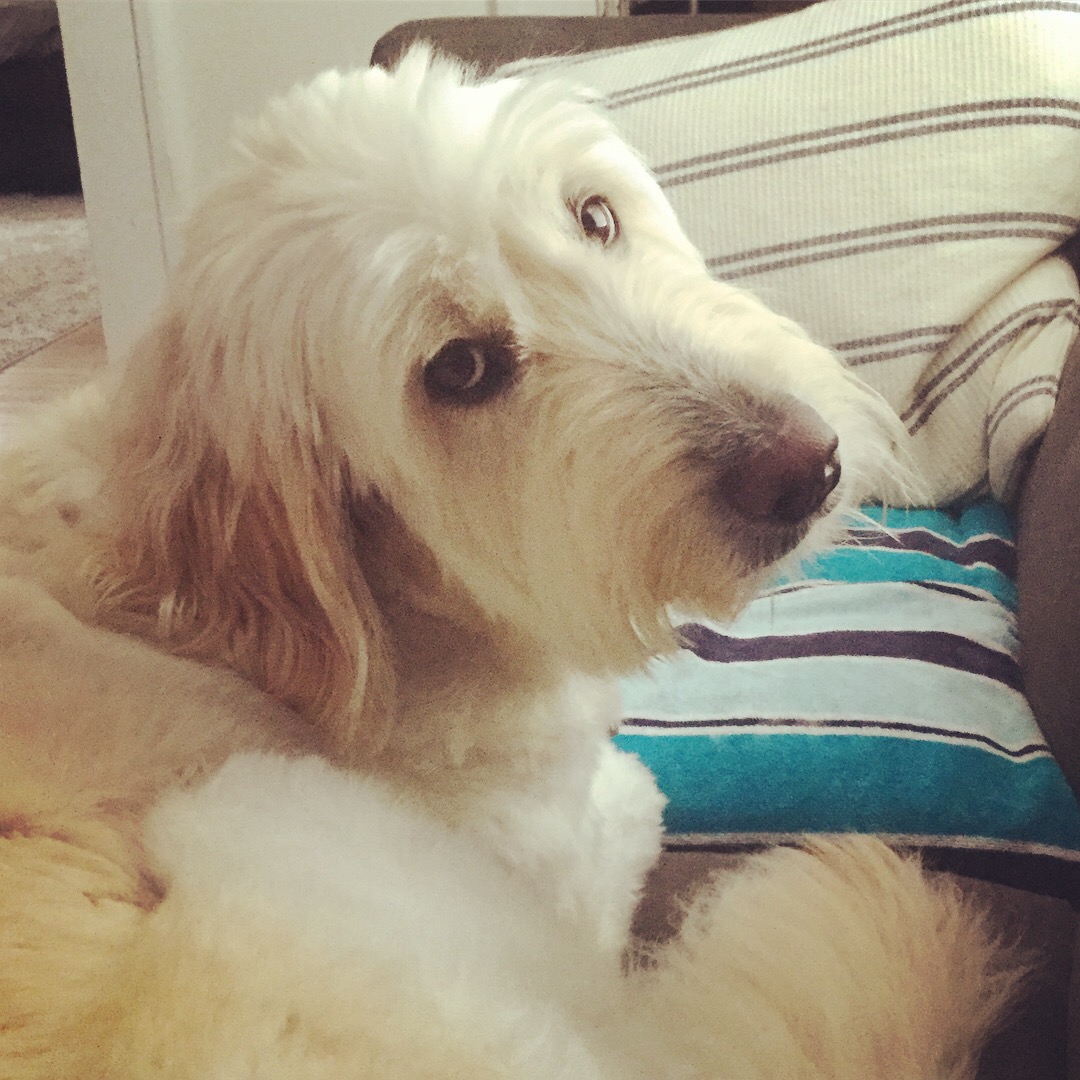 Dogs on Deployment hopes that pet boarders have a wonderful boarding experience when they volunteer to help, and that the military service members who leave their pets behind have a positive experience too.

That’s just what happened for Dogs on Deployment volunteer boarder, Vicki Pirher, when she agreed to foster Kimo the dog for active United States military service member, Stephen Martyak. Both recently shared their stories with us.

Vicki: A Boarder’s Point of View

First, I have to say thank you to Dogs on Deployment for all you do. This is such a unique, and much-needed program! Those of us who volunteer to board pets through Dogs on Deployment benefit just as much as the pets and their humans!

Here is Steve, his dog Kimo, and my dog Lucy during their initial meeting.

My desire to help military service members and vets started in 2006, when one of my best friends was Killed in Action (KIA) by a suicide bomber in Fallujah during his last shift of his tour. It was unexpected, and extremely traumatic, to say the least. I quickly realized the magnitude of the sacrifice our military makes for the rest of us. I vowed to honor his memory by trying to do positive things for the military from then on.

I have always been an animal lover. I came across Dogs on Deployment randomly when searching dog foster programs online, and when I saw I could help both the military and a service member’s dog, I knew it was a perfect fit for me! I immediately filled out a profile. Over the next several months I was contacted by three different people asking if I would consider boarding their pup. None of them were a fit for my particular home situation, but I was able to connect all three of them to other potential boarders by networking!

When I saw Kimo's listing, I was so excited — not only because I knew she would be a great fit at my house, with my sassy little bulldog Lucy, but she would be in NJ where I live! I messaged Steve and luckily it all worked out.

The day Kimo arrived I was so excited and nervous, but it felt good. Steve was such a nice guy and Kimo turned out to be a ragdoll of fluff and love. Kimo was nervous after Steve left but I just tried to make her feel loved and cared for. She and I quickly bonded. I stayed home from work the next day to help her (and Lucy) transition, which ended up being smoother than I ever could have hoped.

Over the next twelve days I tried to give Kimo the best vacation to NJ possible! Steve had asked if I could take her to a vet to get her certified to fly to Germany and meet him, and I was happy to help. I was so glad I could take one thing off his plate, as I know the process of this transition is probably immensely stressful.

Steve picked up Kimo on Sunday and their reunion was precious. Now I miss having Kimo here, but am so happy for her that she is back with her dad! I encourage anyone thinking about boarding for Dogs on Deployment to give it a try!

I just want to say to Steve that I feel so privileged that you trusted me with your precious pup. I can't imagine how hard it must be to leave your dog with a complete stranger and I really do feel honored that he chose me. Kimo will always hold a special place in my heart.

While retiring from the Army, we went through a bit of a difficult time during our transition in terms of securing a new job.  My family and I intended to remain in Hawaii for a few more years, but could not secure viable employment there that would meet our financial needs.  Eventually, we did find employment that would take us oversees once again, but there were a lot of moving parts, and our start date was not determined.

As my family and I looked at various options, we determined the best course of action was to stay with family until my new job began.  The problem was we could not take our dog with us for this period.  My friend used Dogs on Deployment before deploying to Iraq, and I decided to see if this would be a viable option for us during this period.

Once we signed up on the Dogs on Deployment website, we found and reached out to several potential volunteers to watch Kimo for us. Initially, there were no responses, but after a week we had several people reaching out to us as potential hosts. We decided to contact Vicki because her initial email was pleasant, described a good temporary home for Kimo, and was in a location not too far from where we would be staying. We eventually made phone contact and had a few discussions about our dogs, their care, temperament, etc. We felt Vicki would be a good host for Kimo and decided to choose her.

We had several more interactions as we went through the process, worked out our contract, requirements, and so on.  Because of our traveling overseas, we also asked Vicki to help us in getting Kimo's health certification to go overseas, which she did gladly.  The good news was I would be able to start my new job much sooner than expected, and would only need to leave Kimo with Vicki for twelve days.

The day finally came to drop Kimo off at Vicki's. I think we were all a little excited and nervous. I knew Kimo was stressed out from the travel, and I worried that she would have an incident with Vicki's dog, Lucy.  When they met they hit it off instantly.  I stayed at Vicki's home for about an hour and a half to help Kimo adjust and make sure things were going to be ok.  I was confident they would be, as Vicki and her boyfriend were such great people and Lucy was adorable and so friendly.  We discussed our dogs and how to handle them, and of course I didn't want to prolong the inevitable goodbye. I departed when I thought Kimo had calmed down enough and was going to be in good hands.

Over the next twelve days we had an almost daily status report on Kimo, along with pictures. Initially I was worried I would get a call about my dog misbehaving or having an accident, but Vicki did a great job managing and caring for our dog. I planned to go visit Kimo, but didn't want to cause her more stress by visiting and leaving again, so I opted to just wait until the end of the twelve days to pick her up.

She was so happy to see me!  It was a great reunion!  Vicki took such great care of her and helped us out so much by taking her to the vet for us to get her certification done to go overseas!  My wife was so pleased that there are people out there willing to help others out in times of need, and help us when we needed it most.

Dogs on Deployment helped us out so much, and our experience was truly a great success story.  It is a service that if I ever need again, I will surely use. And if I can work it out, I would try to have Vicki watch my dog again.  She was truly an outstanding host and we appreciate her more than words can describe!

It takes a lot of trust and faith to leave a family member with someone you don't really know, but who is happily willing to open their home and heart to your pet. With great appreciation, my family and I again thank Vicki and Dogs on Deployment.