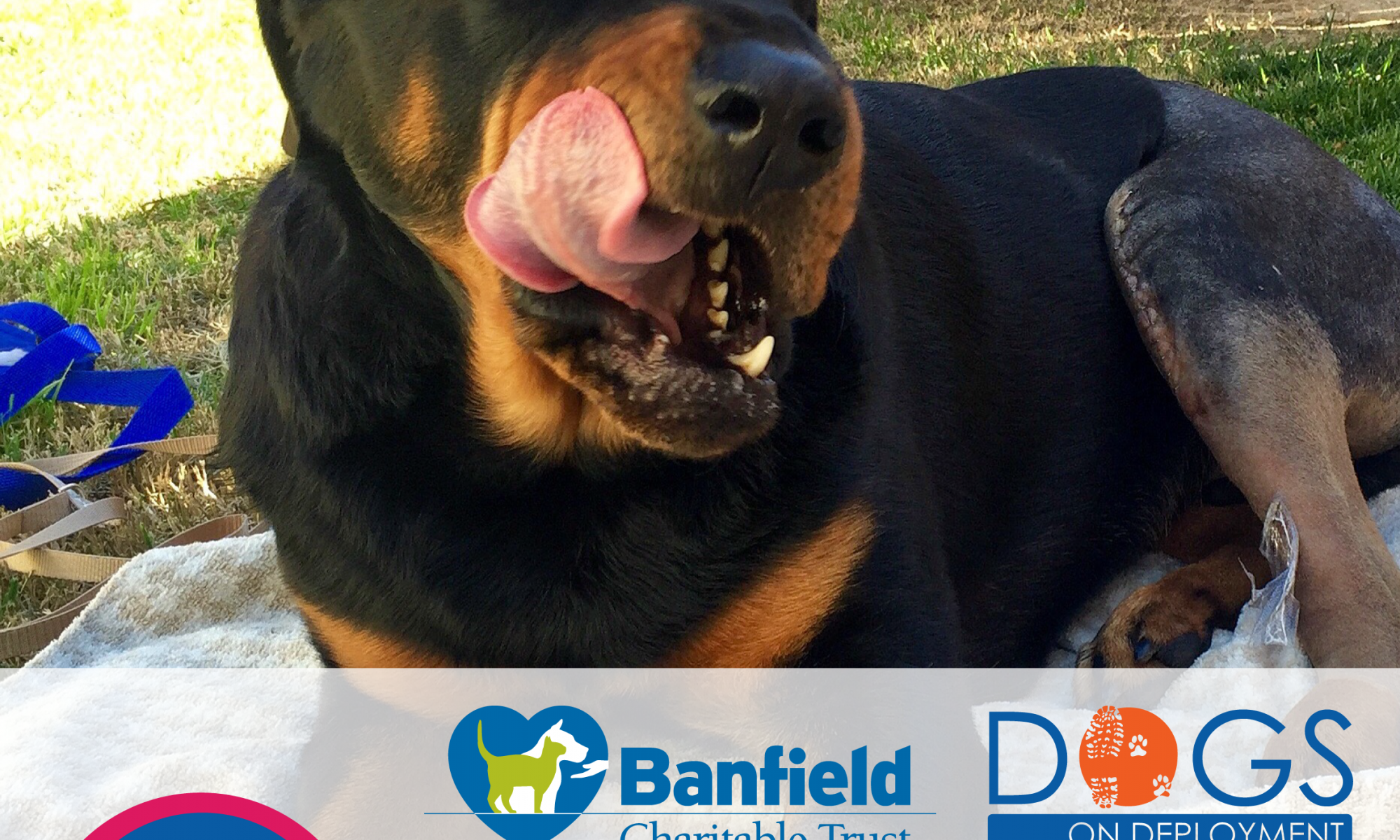 Dogs on Deployment exists because of its ongoing efforts to keep military families together with their pets. Pretty amazing, especially when you factor in that everything is done by volunteers. DoD also helps provide financial assistance to military members for unexpected veterinary care or emergencies through its’ Pet Chit Financial Assistance Program.

Shane Tully, United States Coast Guard, and his wife know first-hand how helpful our Pet Chit Financial Assistance Program can be. While stationed in Virginia, the Tully family responsibly kenneled their beloved dog, Thor when they went on leave to visit relatives. Upon picking up Thor from the kennel it was clear that the dog was mistreated. He had been in an accident which caused damage to the cranial cruciate ligament (CrCL) in his knee. The kenneling facility refused to be held accountable and Shane and his wife got the run around when they demanded answers.

Under different circumstances, Shane and his wife might have taken them to small claims court and pursued the matter. But Shane was set to deploy and his wife would be moving back to their state of residence along with their dog, who they just wanted to see well again. After x-rays and careful examination from veterinarians back home, it was determined that Thor would need surgery on his kneecap (TPLO). The Tully’s dog made a good candidate since he is just three years old. Successful surgery would mean that Thor’s quality of life would improve and he would be able to resume walking and playing with full pressure on his leg, without limping or pain.

The Tully Family sought out Dogs on Deployment to help cover the expensive cost of surgery. Thanks to a generous $500 grant from the Banfield Charitable Trust and voluntary donations, Dogs on Deployment raised $2,850 to help make Thor’s knee surgery a success.

Thor’s TPLO surgery was left in the hands of a talented specialist, who restored the dog to optimal health. Thor is good as new, as you can see by watching him chill and licks his chops for the camera.

Without the generous donations of our supporters, our Pet Chit program would not be possible. You may make a donation directly our Pet Chit program by donating at www.bit.ly/dod-donate and selecting Donate to the Pet Chit Fund from the drop down menu. You’ll be helping military pets like Thor receive the necessary care they need.