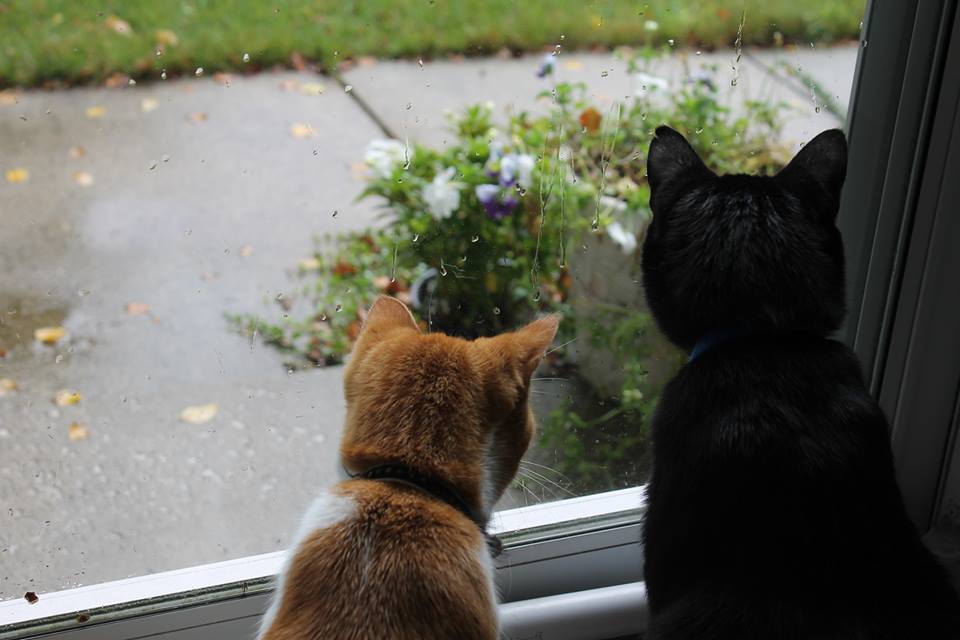 Because we are called Dogs on Deployment, it’s easy to forget about other pets, like cats. But, we help servicemembers find loving foster homes for all kinds of animals! Eshia was looking for just such a home when she needed a foster for her two cats, Mia and Jinx. 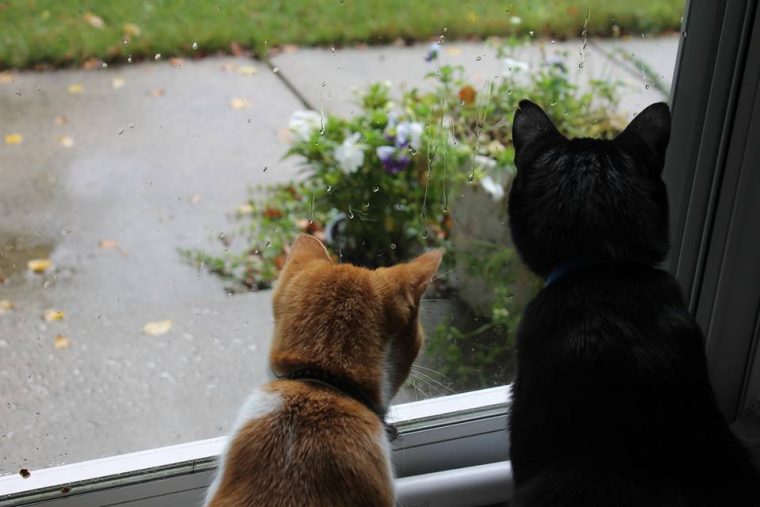 Lynn Ross is a stay-at-home mom of a teenaged daughter, who has been hounding her mother for a cat for years. Since they have two indoor rabbits, Lynn thought that getting a cat was out of the question, and tried to satisfy her daughter’s feline needs with stuffed animals.

But, one day, she came across a Facebook post for Dogs on Deployment, and like so many of our fosters, realized that a temporary pet is sort of a perfect way to love an animal, and help someone in need, without a permanent commitment. 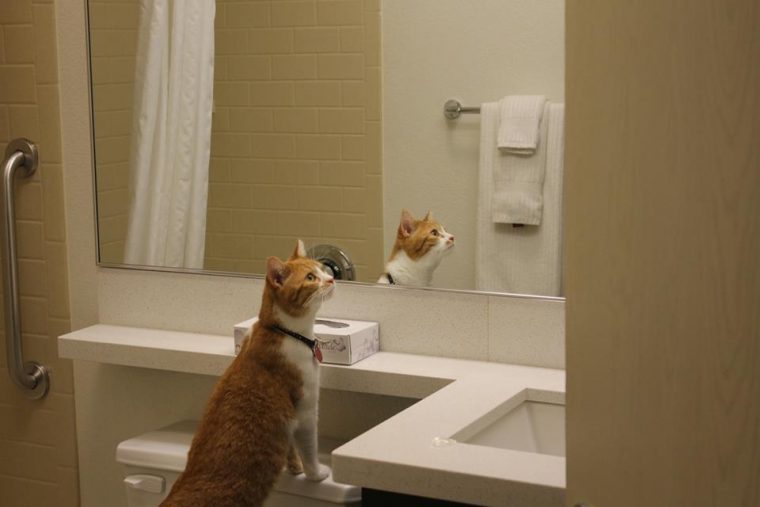 She quickly figured out a way to keep the cats and rabbits separated, to see if a more long-term cat and rabbit situation would work for their family. She worked out a rabbits-in-the-basement-only system. “This might work!” she says.

In September of 2013, she met with Eshia, who needed a foster for Jinx and Mia, right away. She had only a week to get her cats into a foster home. Thankfully, they clicked, because within an hour, they had a contract signed, supplies exchanged, and Eshia was saying goodbye to her babies. 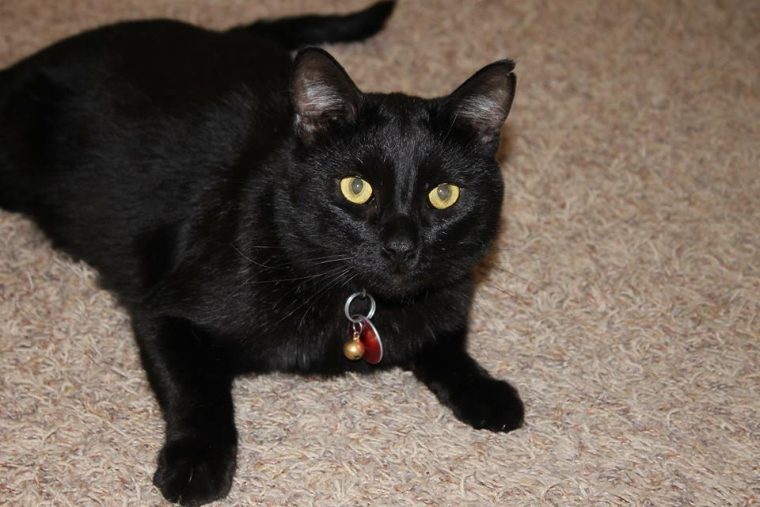 “I don’t know anything about cats; so, this was a learning experience,” says Lynn. When they got to her house, they were a little apprehensive, but they eventually came around, and like cats do, quickly ruled the roost.

Because Eshia was leaving for boot camp, she had no idea where she was going to be stationed, and Lynn was able to follow her progress from basic training at Fort Leonard Wood, then to Fort Lee for Advanced Individual Training (AIT). 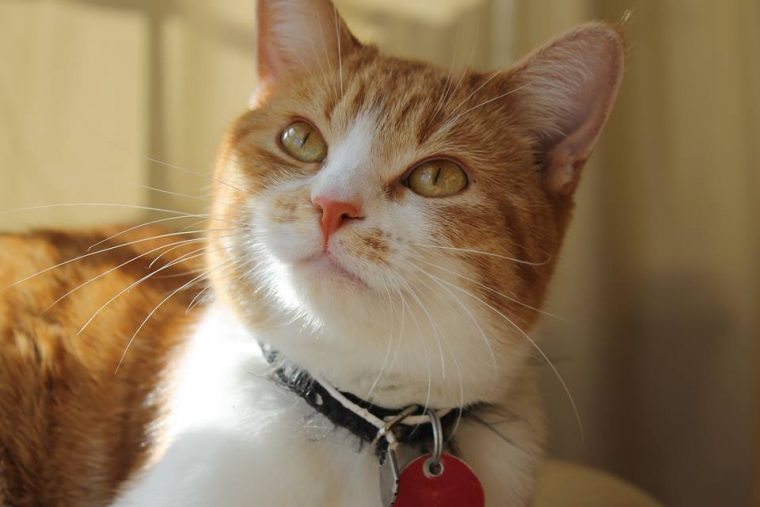 Lynn kept Eshia connected to her cats through a special Facebook Community page. She uploaded pictures and videos of Jinx and Mia, so she could watch her cats having fun, and being cared for. During Eshia’s transition between boot camp and AIT, she had a short break over the holidays to come home and visit her family; Lynn even drove to Eshia’s home to pick her up so she could visit wither her cats.

Finally, they learned that she’d graduate in May or June, and be stationed in El Paso, Texas. Since Lynn lives in Chicago, over a 24-hour drive, it seemed unreasonable to ask either of them to drive the whole way, even though Eshia was willing to do it. 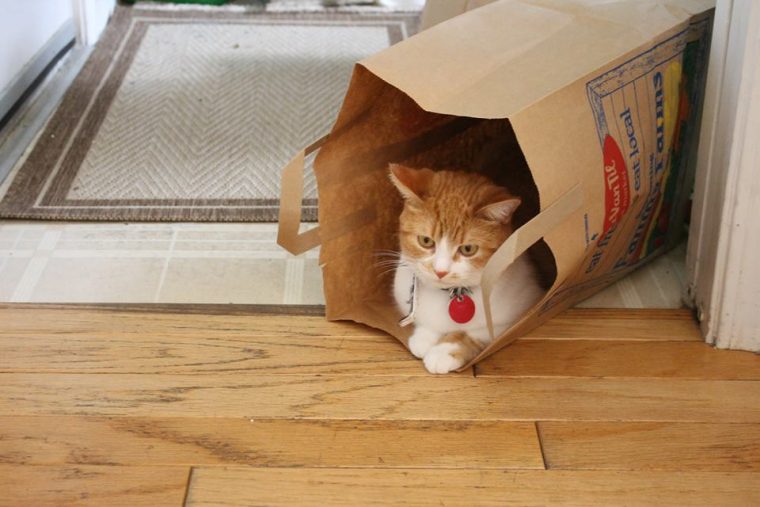 They agreed to meet halfway, in Wichita. Lynn says, “the ride down from Chicago from Wichita was an adventure. Jinx is a quiet cat, but Mia…she meowed for ten of the twelve hours!”

But, all that meowing was worth it. “It was fantastic to see Jinx and Mia back with their mom!” 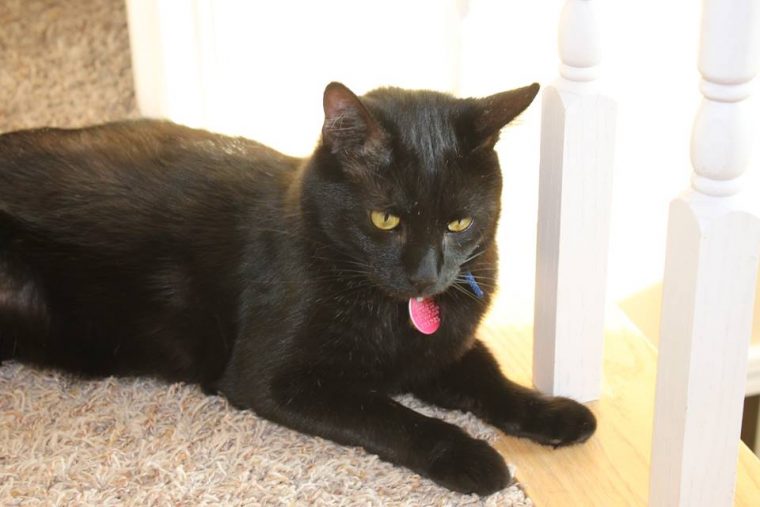 She says that the whole experience has been wonderful, and that she’s even managed to encourage other people to be DoD fosters. She used to live in Maudlin, South Carolina; flipping through the pets in need, she saw an animal in need in her old neighborhood and contacted an old neighbor that she was sure would be a good foster. “Well, it worked out!” she is excited to point out. “Not only did I promote DoD, I got someone else to help too!”

She says that she would be a boarder again, that she enjoyed helping the military, and their pets.