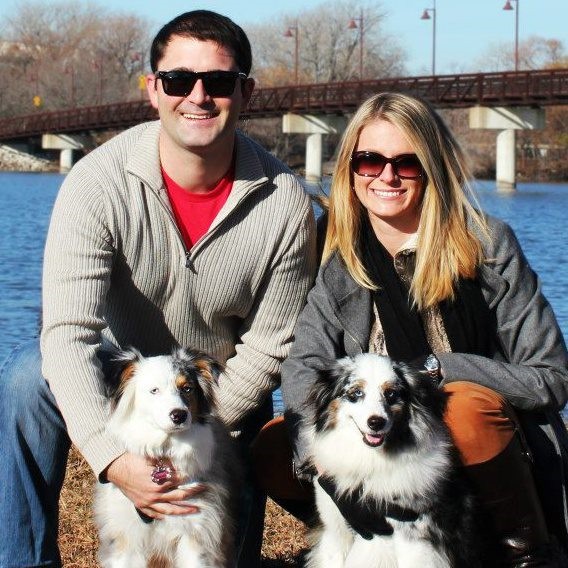 In the past decade, the call to arms of our military service members has increased. Operational tempo has caused men and women of the Armed Services to have to constantly deploy, sometimes unexpectedly, and sometimes much longer than initially anticipated. Even in the growing peacetime environment, military members are increasingly being used in the global environment. This has a substantial impact on the families of those service members; even those with four legs who are usually under recognized.

Military members who own pets (cats, dogs, or other) face unique challenges in being responsible pet owners while also being able to serve their country any way needed at a moments notice. Their service can come into conflict with their ability to care for their pets. In the past, this has unfortunately led to many pets being surrendered to animal shelters for lack of better options.

In 2011, my husband and I founded Dogs on Deployment (dogsondeployment.org) to provide support to the military-pet community. As a dual military husband and wife, who currently own two miniature Australian Shepherds and two Caique parrots, we have been in situations where we were unable to give care to our pets due to deployments and training cycles. We were lucky to have family who were able to dog and parrot sit for us, but recognized that many military members do not have that luxury. Thus, we founded the largest network of volunteer DoD Boarders, or foster homes, who are willing to care for a military-owned pet during the owner's service commitments. Dogs on Deployment promotes responsible, lifelong pet ownership for those who serve.

Despite Dogs on Deployment's best efforts to reach all military personnel, there will always be those that do not know our organization exists. Thus, they may end up needlessly turning their pet into a shelter due to a service commitment.

The first thing that needs to be understood is the different service commitments which can jeopardize a military pet owner's ability to care for their pet.

It is important to recognize the difference in those owners that care deeply for their pets and truly do not know of other options, and those owners that are seeking an easy way to rid themselves of an inconvenience. Reflecting the general population, most military members are responsible and loving pet owners, but there still exist those that do not view their pet as a permanent family member. This is not to say all military members are bad pet owners. No matter what the attitude of the pet owner, shelter staff should always offer options other than relinquishment. Having a thorough knowledge of military-pet support organizations, such as Dogs on Deployment, can help military members make an educated decision in the future of their pet. This knowledge should also be passed on to any military family before an adoption by the shelter is made.

Ensuring a pet is never needlessly surrendered starts at the source of the adoption. We hope that shelters, if manpower permits, will spend a bit extra time with military families considering adopting a pet. Ensuring that all adopters realize a pet is a forever commitment is important, but especially in the military community where a constantly changing living situation may cause pet ownership to be challenging. Considering asking the military member the following questions to start:

If these questions are carefully considered by the military member before adoption occurs, there should be a correlating decrease in the number pets relinquished by military members to shelters. Adoption processes can help better evaluate potential homes by asking these difficult questions and getting a sense for their long term goals as a pet owner. Before accepting an adoption, adoption agencies can go the extra step to provide information on military-pet assistance programs, such as Dogs on Deployment. If a military member is not in a position to permanently adopt a pet, inform them on fostering; keeping a pet for a short term period, while also saving that pets life, may be appealing and give them the experience of pet ownership for a temporary period.

Even by taking these precautions, pets may still end up in shelters; at worst, a kill shelter. The general public does not usually know that a pet which is surrendered by the owner will be the first to be euthanized over strays. Shelter staff can have a great impact of the future of the pet with the following considerations:

Despite all efforts, did they still relinquish their pet? If an owner does not wish to find a foster home or attempt to find a better permanent home, that pet may be surrendered to a shelter. If this happens, it is most unfortunate. Promoting the adoption of a military surrendered pet by using an owners military service has both negative and positive consequences. Common captions of military surrendered pets on social media site include, Owner was deployed and had no other option, or The past owner is defending our freedom, let help save their dog. While these captions will spike interest in the public, they are also detrimental to the image and public opinion of military pet owners as they leave an open forum for speculation and criticism.

Since there are options for pet care, but it requires prior planning, responsibility and research on the owners part, saying an owner had no other option can spike extreme resentment and criticism towards military members. All animals, no matter how they end up in a shelter, are equally deserving of finding a new home. By using careful and honest captioning, shelters can notify potential adopters or rescues of the reason a pet was surrendered, while also maintaining the overall dignity of the majority of pet owners who serve in the military.